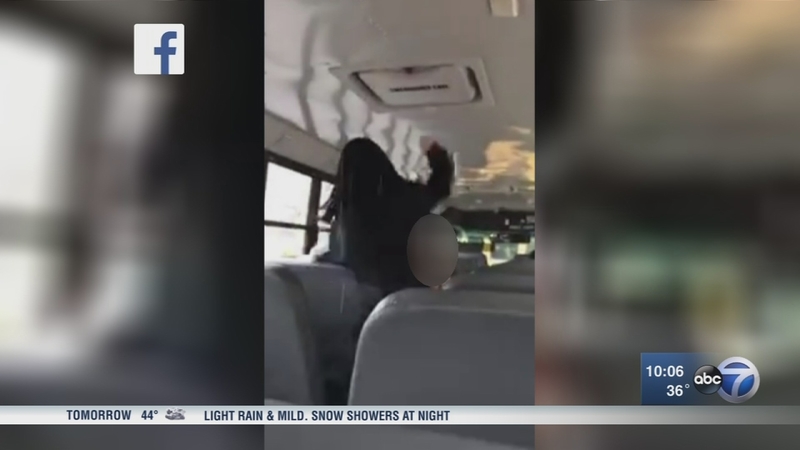 LINCOLNSHIRE, Ill. (WLS) -- Lincolnshire police said a 16-year-old student at Stevenson High School was arrested for an apparent attack on a fellow 15-year-old student on a school bus, which was captured on video.

School officials released a statement saying the attack was premeditated and captured on video "by the attacker's accomplice, also a female student."

Officials said the incident was shocking and that "this type of behavior is quite rare at Stevenson."

"Student safety is our first priority, and we are most concerned for the physical and emotional wellbeing of the victim. The students who planned and recorded the attack will receive significant disciplinary consequences from the school, and also face charges from the Lincolnshire Police Department," the statement said.