Third round of stimulus checks could be garnished by debt collectors, expert says 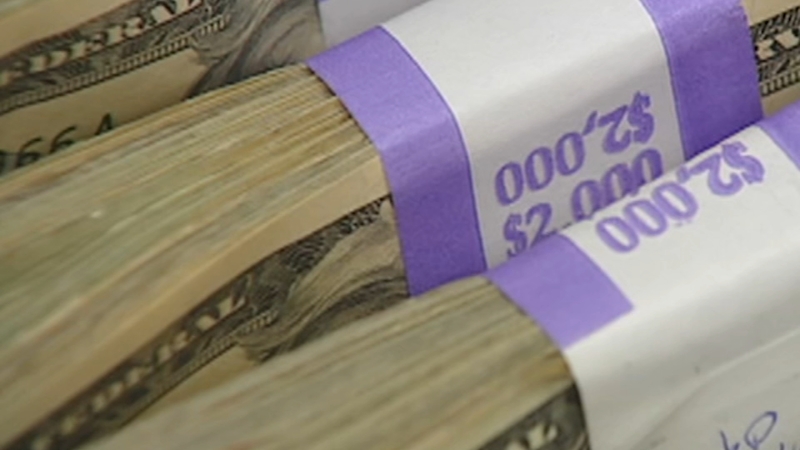 CHICAGO (WLS) -- Debt collectors could soon come after people's stimulus payments if they have outstanding bills.

If a person has a court judgment against them for unpaid medical bills or credit card debt, the stimulus money could be taken. However, a consumer protection group said it is doing all it can to make sure people can hold on that money.

A lot of people in our country are carrying debt. This was true before COVID-19, and even more true during the pandemic.

"Unfortunately, a lot of those debts result in lawsuits and judgments, and when a creditor gets a judgment against you, they can garnish your bank account. That means take money out of your bank account," said Lauren Saunders, associate directors at National Consumer Law Center.

Saunders said her office learned that debt collectors were claiming the first stimulus payments that rolled out last year.

"We saw some debt collectors file garnishment orders against bank accounts and people didn't get their money," Saunders said.

For the second round of payments, Congress put a garnishment protection in place to prevent the same issue from happening, according to Saunders. However, that protection was not added to the last package.

The third stimulus package was passed through a process called reconciliation in the Senate. Only items that directly impact the budgets could added and garnishment protection was not be added in the bill, Saunders added.

While people should pay their bills to avoid garnishment problems, Saunders said the money was passed for people in dire straits.

"I should also point out that some of these judgments are not even valid," Saunders said. "They could have the wrong person or the wrong amount. Maybe they never even gave people legal notice and a chance to protect themselves."

According to Saunders, lawmakers are working on a possible fix to protect people from having their stimulus money taken but time is running out.

"But there is still time to protect the child tax payments that won't start until July, so we really hope that at least those child tax credits can be protected," Saunders said.