Ship stuck in Suez Canal may cause gas prices to go up, experts say 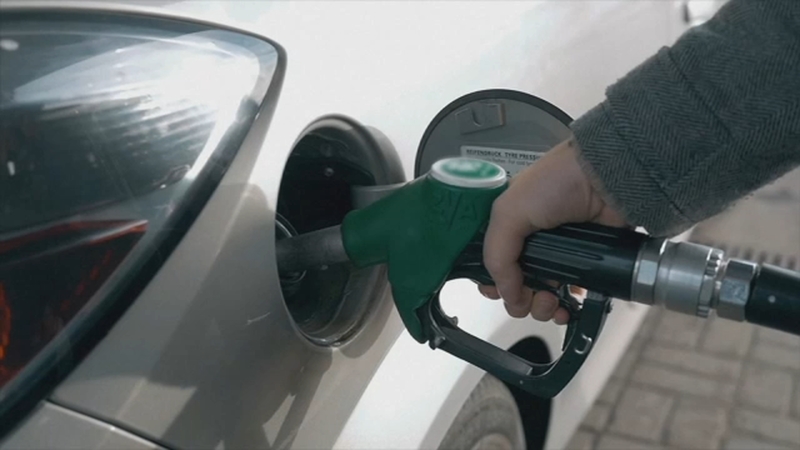 Why are gas prices going up? The Suez Canal crisis might be to blame

CHICAGO (WLS) -- Shipping traffic has come to a halt in one of the world's busiest waterways, and the longer the EverGreen cargo ship sits lodged in the Suez Canal, the higher the costs keep mounting for global trade.

Shipping delays and supply-chain complications could hit your wallet too, with gas prices on the rise.

Twelve-percent of all global trade passes through the man-made Suez Canal, according to the news journal Lloyd's List. With billions of dollars in cargo backed up on hundreds of ships currently awaiting passage, major shippers are now changing course.

"Right now we're seeing an increase of vessels, just deviating off from that original plan, of course, taking the route south of Africa now," said Adil Ashiq with MarineTraffic.

The blockage is also affecting 10% of the global crude oil supply.

"We're talking about the Middle East," Ashiq said. "There's a lot of petrochemical trade that flows through the Suez and a lot of it is being held up right now."

"If it's going to cost more to ship goods, the goods themselves are going to start to cost more," Ashiq said.

MORE: How did the Suez Canal cargo ship get stuck? What we know about blockage, effect on supply chain
EMBED More News Videos

Inside the race to free the wedged, skyscraper-sized cargo ship that has blocked the entire width of the Suez Canal.

And that cost could be passed to consumers at the pump.

"A lot of that [oil] production has not come back yet. So now with demand starting to rise a little bit, we're in a situation where demand is starting to outstrip supply," said Denton Cinquegrana, an OPIS Chief Oil Analyst.

The backup in the Suez Canal is exacerbating an already strained supply chain for businesses being shut down during the pandemic.

"It's more of a logistics nightmare for people who try to move, whether it's oil, gasoline, or designer shoes from point A to point B," Cinquegrana said. "It's causing a logistical strain."