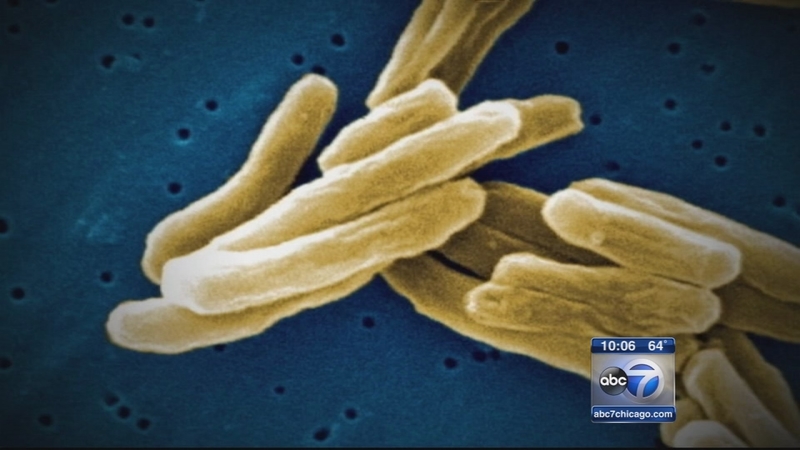 WOODSTOCK, Ill. (WLS) -- Officials are searching for people who may have had contact with a woman who has a rare and deadly form of tuberculosis. The woman passed through O'Hare Airport on her way to visit relatives in McHenry County.

Two months ago, a 25-year-old woman arrived at O'Hare from India. She passed through before traveling to other states, including Tennessee and Missouri. In late May, the woman came back to the Chicago area to visit relatives in McHenry County, where she became ill.

The patient was diagnosed with a relatively rare, but dangerous, form of tuberculosis called XDR-TB. It is resistant to many medications typically used to treat TB.

"With anybody who has drug-resistant TB, they've had TB for some time and it either has not been treated corrected or the treatment has been stopped by the individual," said Susan Karras, McHenry Co. Health Dept.

The woman was flown by air ambulance from a McHenry County hospital to the National Institutes of Health for Experimental Treatment. McHenry County health officials are testing relatives and anyone who had close contact with the patient.

"Individuals that we are most concerned about is household individuals, when there is an extended period of time with that close contact because TB is spread by coughing and sneezing into the air," Karras said.

Health officials said the risk of infection is low, but those with HIV or weaken immune systems are more at risk. Despite that, the Centers for Disease Control is in the process of contacting travelers on the woman's flight from India to Chicago. Cook County health officials are keeping an eye on the situation.

"We know the infectiousness of TB on an airline is low, so that's the good news," said Dr. Sharon Welbel, Cook County Health & Hospitals System.

Health officials in McHenry Co. are reaching out to people who may have had contact with the 25-year-old patient. If you think you might be one of them, officials urge you to contact the county and get tested.