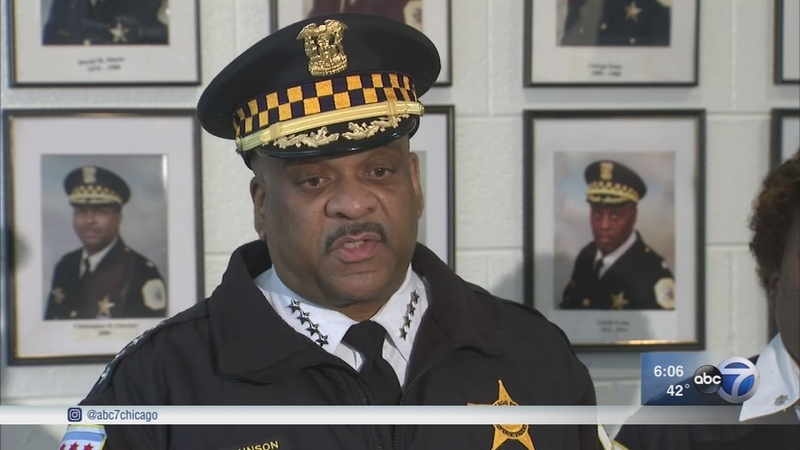 The case has put both the police superintendent and Mayor Rahm Emanuel in the hot seat because Eddie Johnson's recommendation that Officer Robert Rialmo be exonerated is in direct conflict with the report from the mayor's new civilian oversight board.

Superintendent Eddie Johnson was making no apologies and no changes to his belief that the fatal shooting of Quintonio LeGrier and Bettie Jones, while a tragedy, was justified.

Last week, a judge ordered the release of Johnson's 11-page letter outlining why he called for the exoneration of the officer involved, Robert Rialmo, despite the Civilian Office of Police Accountability (COPA) coming to the conclusion the shooting was not justified.

"There was a lot of thought and deliberation that went into that, it really was, at the end of the day I don't have the luxury of basing my decisions on public pressure, political pressure, I have to simply go by the law, department policies and general orders that were in place back then in 2015," said Supt. Johnson.

Johnson gave a videotaped deposition in the case last month but what he said remains under seal. Mayor Emanuel's deposition last week is also sealed per a judge's order.

Johnson said he does not believe his recommendation should damage the public trust the department has been working hard to restore, and he said it also has nothing to do with trying to win support of the rank-and-file.

"Now I look forward to having a conversation with COPA to see if they can bring points to the forefront then I didn't take into consideration or maybe I can do that," he said.

The head of the City Councils Black Caucus does not think Johnson's decision will damage the public trust in police.

"I respect his decision I don't think that should have anything to do with the trust factor, I trust the police," said Ald. Roderick Sawyer (6th Ward).

Since the LeGrier shooting, Chicago police have changed their use of force policy to focus first on de-escalation efforts. But when the Chicago Police Board considers this case they will have to review Rialmo's action under the old policy.