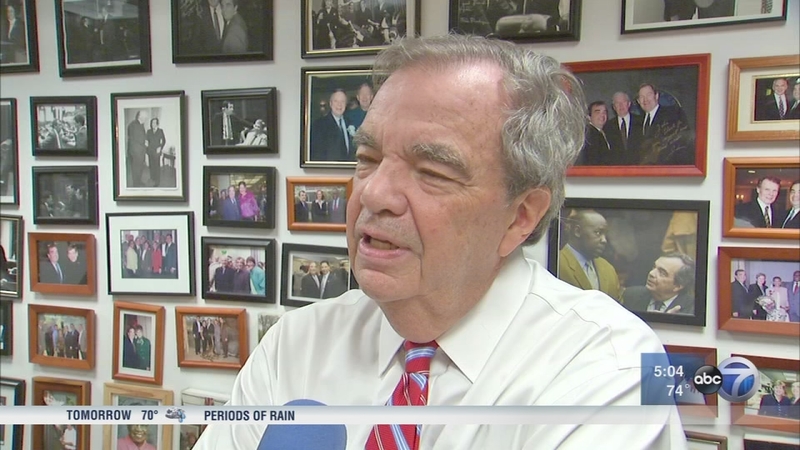 CHICAGO (WLS) -- Cook County Commissioner John Daley said Thursday he will no longer support the sugary drink tax. It could be a step toward repealing the controversial tax.

At the same time, Cook County President Toni Preckwinkle is defending the tax by calling its survival the "moment of truth" for the county budget.

Daley's flip on the tax is a big blow to Preckwinkle. He has been a loyal supporter of hers and on top of it, Daley is the Cook County Board finance chairman. The board is expected to vote on a repeal next week. On Thursday, Preckwinkle used her annual budget address to defend the tax.

"The choice is simple: do we want Cook County to be healthier, safer and more efficient or do we want to go backwards," Preckwinkle said.

She's not backing off. With a divided audience, Preckwinkle painted a very dark scenario if commissioners choose to repeal the sweetened beverage tax. She warned that severe cuts would be the consequences.

"It could mean downgrading our Level 1 trauma center at Stroger and turning to other hospitals to bear the brunt of treating the victims of violence plaguing our communities," Preckwinkle said.

Preckwinkle said closing health clinics, laying off prosecutors and public defenders, and delays in mailing property tax bills are all possibilities if the county loses $200 million in revenue - the amount of money the tax is expected to produce.

But Preckwinkle's defiant speech was not enough to convince one of her closest allies, Commissioner John Daley. He supported the tax initially, but has flipped and now has decided to vote to repeal it.

"I made a personal decision after listening to people in my district - businesses, residents - across all diversity, and they were opposed to this tax," Daley said.

"Those who support repeal need to propose what they have as alternative," Preckwinkle said.

While Commissioner John Fritchey has proposed legalizing marijuana as an alternative, others who support a repeal don't believe the drastic cuts Preckwinkle is warning are necessary.

"Two hundred million dollars in a $5 billion budget represents less than 5 percent of that budget. We can find $200 million in savings I am confident," Cook County Commissioner Richard Boykin said.

The repeal is scheduled for a vote on Tuesday. With Daley's change of heart, there are now the necessary nine votes to repeal the tax.