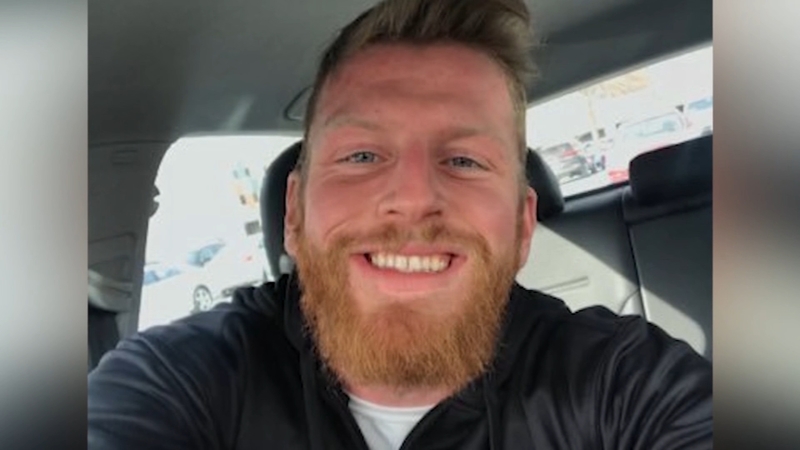 "He's my son. I want to find out what happened," said Harry Stelzer.

Officers forced their way into a home in Cohassett, Massachussets after sources tell WCVB neighbors heard screaming and called police.

They found Stelzer stabbing a 24-year-old woman in his bedroom shouting he was God and she was the devil.

The pair had met on Tinder last Thursday.

The woman was rushed to the hospital with severe cuts and stabs, according to the district attorney's office.

Officers said they used Tasers in an attempt to subdue Stelzer. Police did not officially say how many times the Tasers were deployed on him.

"I don't think he came at them with a knife, I really don't, as any father would think that," said Stelzer's father. "He has no record," he added.

Stelzer died on the way to the hospital.

The medical examiner will check if he had anything in his system but sources say he had a history of mental health issues.

"He had problems like anybody else, but it wasn't like he should have been committed and all that stuff," Stelzer said.

The Cohasset police chief says he's proud of the job his officers did.