WLS
CHICAGO (WLS) -- Just as Amazon announced Tuesday that New York City and Virginia will be the location for its newest headquarters, an ad agency came up with a clever way to make Alexa read an apology for the 18 rejected cities, including Chicago.

Using the "Please Apologize" skill, Alexa gives a lighthearted explanation as to why Chicago wasn't chosen for Amazon's second headquarters.

While Mayor Rahm Emanuel spoke with the tech giant, he would not publicly give an exact reason why Amazon passed on Chicago.

"Sorry about the HQ2 rejection. But if it's any consolation, you were the second city we chose. Get it? It's funny because one of your nicknames is the Second City and that's also the name of the comedy institution in your city," Alexa says in the message.

The minute-long apology is not an official one from Amazon. The "Please Apologize" skill was developed by Austin-based ad agency McGarrah Jesse and released earlier this year.

"Living in one of the finalist cities for HQ2 - after all the effort local governments put into their proposals and all the months we've waited for an answer - it would ease the pain if Amazon said 'I'm sorry.' We figured the only way to get that apology was to hack Amazon's own technology," said Sarag Weigl, creative director at McGarrah Jessee.

That is, until Alexa's boss makes her stop.
Report a correction or typo
Related topics:
technologychicagoamazonbusinesstechnologyu.s. & world
Copyright © 2021 WLS-TV. All Rights Reserved.
RELATED 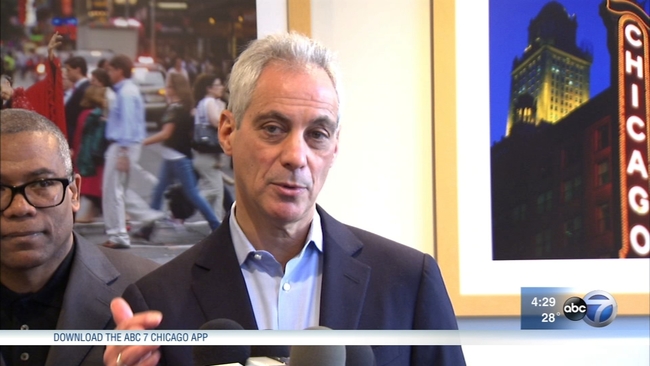