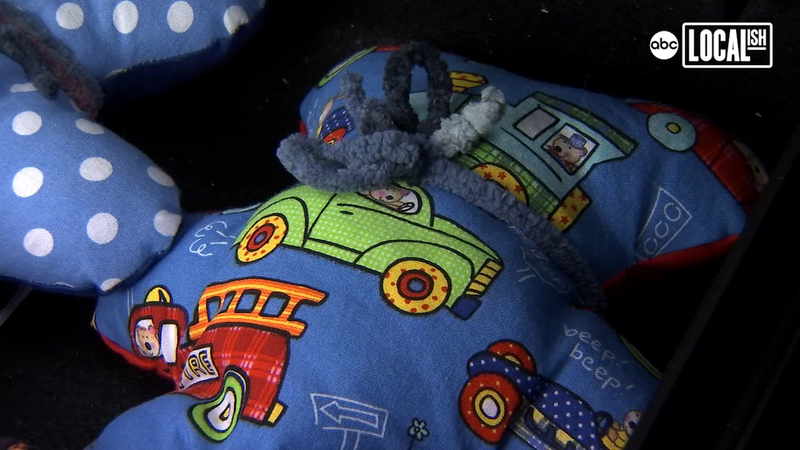 FRESNO, Calif. -- A California woman has sewn thousands of teddy bears for young victims of crime.

For the past 8 years, Levota Misner has been donating the stuffed animals to the Fresno Police Department.

Officers take her bears in their patrol cars and use them to comfort little children who they may have to speak to.

"She specifically makes them for the victims of domestic violence or the witnesses to any of these particular crimes. Just to give them something to hold onto, something to talk to, something to maybe listen to them while they're being interviewed by the detectives or while they're going through the process," says Lt. Bill Dooley from the department.

Mrs. Misner's labor of love for young traumatized kids arose from her own childhood experiences.

"If a police officer can give them a bear, it helps them settle down. It gives them something to love and hold. Because I came from a family of alcoholics, I know what it was like to live in that type of environment," says Mrs. Misner.

Her story caught the attention of the community and donations started to pour in.

Even JOANN Fabrics joined the movement, gifting her boxes of fabric and sewing supplies.