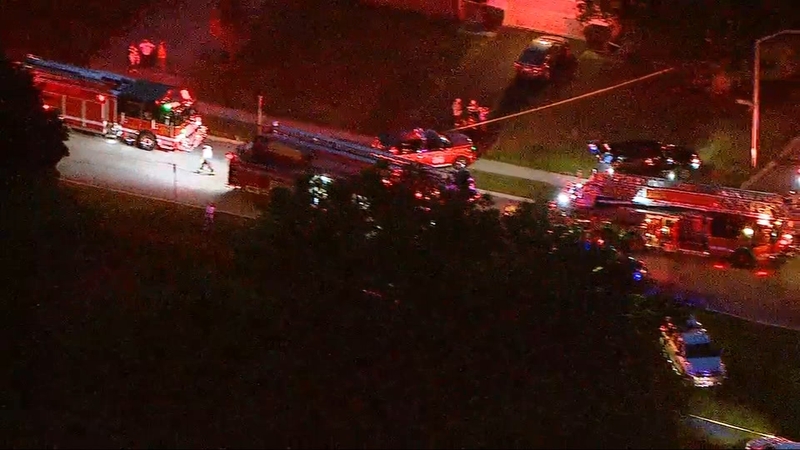 CAROL STREAM, Ill. (WLS) -- Police said the driver of a van was injured when his vehicle crashed into a tree and caught fire Friday night in west suburban Carol Stream.

The crash happened just after 7 p.m. near Mohican Road and Pocohontas Terrace. Police said only the driver was inside the vehicle at the time, and was trapped.

Officers made several failed attempts to remove the van's sole occupant - a 17-year-old boy - who was pinned in the driver's seat, Jungers said.

"As the officers were trying to get him out of the car, neighbors came out with hoses to help put out the fire," Jungers said.

Shortly after the fire department showed up, the teen was pulled from the car and transported to Central DuPage Hospital in Winfield with burns from the fire, Jungers said. His injuries were life-threatening.

What exactly caused the crash was not immediately known.

Witnesses told investigators that the van came down the street at a high rate of speed before striking a tree near where the street ends, Jungers said.

Detectives would be looking at toxicology reports in their ongoing investigation, Jungers said.