WLS
By Diane Pathieu, Tanja Babich and Michelle Gallardo
The man from Illinois suspected of murdering four people inside a Tennessee Waffle House Sunday was arrested Monday afternoon in the woods behind the apartment complex where he lived outside Nashville, police said.

Travis Reinking, 29, was formally charged with four counts of criminal homicide and is being held on a $2 million bond, according to the Associated Press.

Reinking is from Morton, Illinois, and moved to the Nashville area in the fall was taken into custody shortly after 1 p.m. after an extensive manhunt. Authorities said Reinking was nearly naked, wearing only a green jacket and carrying an assault-style rifle when he opened fire in the parking lot and then stormed the restaurant of Waffle House in Antioch, outside of Nashville.

Police said Reinking was arrested in a wooded area near Old Hickory Boulevard Hobson Park, wearing a maroon shirt and dark jeans. He had a handgun in his backpack as well as a Colorado identification card. A tip led police to the area where he was nabbed.

"As soon as the detectives saw him, there was really no communication other than the detective drawing down on him and he got on the ground," said Lieutenant Carlos Lara of the Metropolitan Nashville Police Department.

On Monday, a video from April 17 was released that police said may show Reinking leading officers on a car chase.

"The vehicle was recovered from Reinking's apartment complex. But I would hasten to add that they had no idea who the man was," said Don Aaron of Metropolitan Nashville Police.

Travis Reinking's FOID card was revoked after he was arrested by Secret Service ner the White House.

However, questions remained Monday about the weapon Reinking used in the shooting, as well as three other guns he owned. At one point, he owned the guns legally, but they were taken away after he was arrested in July by Secret Service for entering a restricted area near the White House. Three of the guns have been accounted for.

Tazewell County Sheriff's deputies along with Illinois State police took away Reinking's FOID card, and with it, his ability to legally own weapons in the state of Illinois. According to police documents, Reinking voluntarily surrendered four weapons registered to him, among them, the Bushmaster AR-15 style rifle he allegedly used in Sunday morning's Waffle House shooting.

"His father was present and had a valid FOID card and had the legal right to take custody of the weapons," explained Tazewell County Sheriff Robert Huston during a press conference Sunday. "He was allowed to do that after he assured deputies he would keep them secure and away from Travis."

Investigators now say Reinking's father, Jeffrey Reinking, admitted to returning those weapons to his son when he moved to Tennessee, which does not require a FOID card to legally own firearms. However, returning the weapons is a violation of Illinois law, and possibly federal law, said Marcus Watson, ATF special agent in charge.

"It is possible that if you knowingly transfer the weapons to a person that is prohibited, that could be a violation of federal law," Watson said during a Monday press conference.

According to Tazewell County records, Reinking's father stated he had previously taken his son's gun collection away for safe-keeping, but returned them when he briefly moved to Colorado.

As of Monday, Tazewell County State's Attorney said it did not have enough information to determine if Jeffrey Reinking committed a criminal offense and are waiting for the FBI investigation to see if state laws had been broken.

Reinking is documented to have been having delusions that he was being stalked by singer/songwriter Taylor Swift, and believed his phones were being hacked.

In a Colorado police report, citizens interviewed by police further described Reinking's delusions about Swift. Those who knew Reinking said he wanted to marry Swift and at one point allegedly bought a $14,000 ring for her.

Reinking did not show violent tendencies and did not use drugs, according to those interviews,

Those delusions, which family say dated back to 2014 led to a handful of encounters with police during 2016 and 2017, but it wasn't until the arrest near the White House that his FOID card was revoked.

"Local and state law enforcement did what they were supposed to. There was a problem. They revoked his FOID card. The problem is the father gave him back the weapons," said Mark Walsh, a campaign director at the nonprofit Illinois Council Against Handgun Violence.

The council is currently lobbying for a so-called "Red flag" bill being worked on in the General Assembly. Officially called the Lethal Violence Order of Protection Act, the bill would allow family members and law enforcement to disarm a potentially dangerous individual by petitioning the court to temporarily remove firearms from that person. The bill has been approved by the state Senate, but is still being discussed in the House.

A 29-year-old male patron wrestled away the gunman's rifle, police said, and suffered minor injuries. The patron, James Shaw Jr., ran to the restaurant's restroom area and watched the shooting. When he saw Reinking looking at his rifle, he rushed him. He got the gun away from Reinking and threw it over the counter. 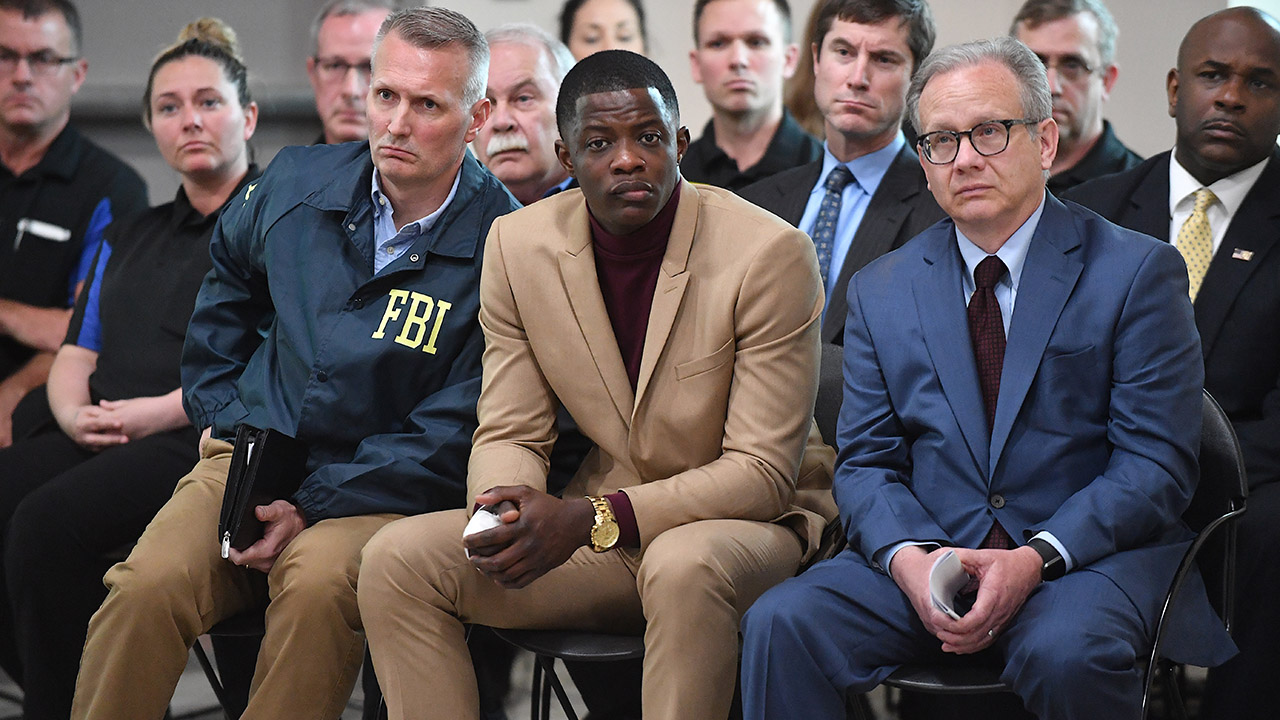 Police called the patron "a hero."
After the shooting, Reinking shed his jacket and was nude when he went to a nearby apartment complex. A witness told police that they saw him leaving wearing only black pants.

Monday morning, police said the suspect stole a BMW from a dealership and escaped capture days before the Waffle House shooting.

The car stolen Tuesday was recovered that day near Reinking's apartment, but police didn't connect him to the theft until after the restaurant attack, when they found the car keys in his apartment, Nashville Police spokesman Don Aaron said.

There is still no clear motive, but police said Reinking may have "mental issues." Police reports from Morton describe a disturbed Reinking with paranoid delusions, and someone who liked firearms.

In May of 2016, deputies from Tazewell County, Illinois, were called to a CVS parking lot. Reinking told officers that singer Taylor Swift was stalking him and hacking his phone.

Reinking moved to Tennessee in the fall and had been fired from his job three weeks ago. He got a new job, but did not show up for work after Monday.

Perez's mother posted a picture of her son on Facebook and asked for prayers, saying it was the hardest day of her life. "Me, my husband and sons are broken right now with this loss," Trisha Perez said in the post. "Our lives are shattered."

One of the fatally wounded inside was DeEbony Groves, a 21-year student at Nashville's Belmont University. She was remembered as an exceptional student who made the Dean's list, and a tenacious basketball player.

Akilah Dasilva was also killed inside the restaurant. The 23-year-old from Antioch was a rap artist and music video producer who had such skills behind the camera that he was a favorite among many of Music City's independent musicians and recording labels, The Tennessean reported.

"Music is my life and I will never stop until I achieve my dreams," Dasilva said on his Twitter account.

Dasilva's mother told CBS News that her son was a student at Middle Tennessee State University and aspired to be a music engineer.

He was at the restaurant with his girlfriend, 21-year-old Tia Waggoner, the paper reported. Waggoner was wounded and is being treated at Vanderbilt University Medical Center. Dasilva's family said she underwent surgery and doctors were trying to save her leg.

Police say Sharita Henderson, 24, of Antioch, was wounded and is being treated at VUMC. 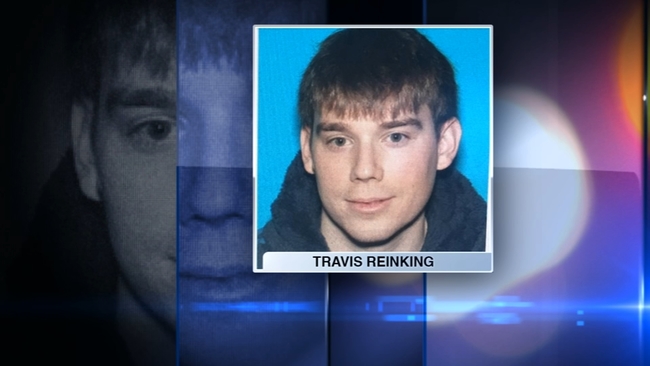 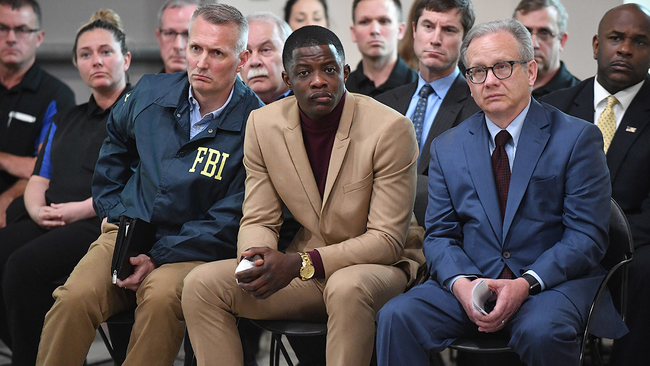