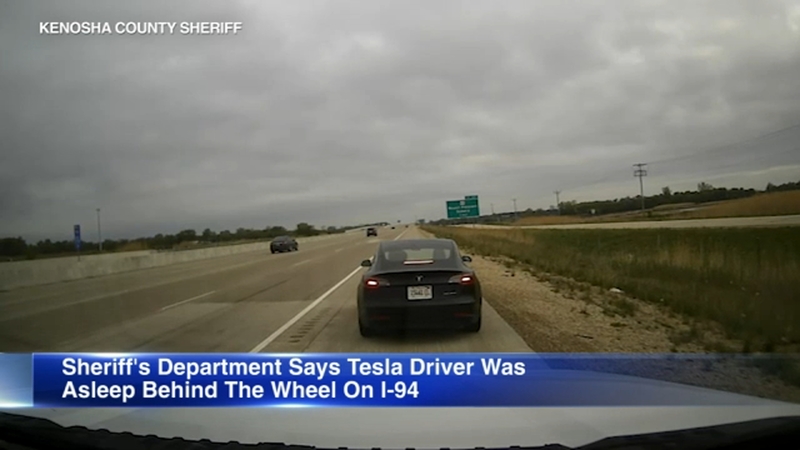 KENOSHA CO., Ill. (WLS) -- A Tesla driver from Palatine is accused of falling asleep at the wheel while on autopilot.

A Kenosha County deputy was dispatched to I-94 as the car was crossing over the Illinois-Wisconsin state line, just before 8 a.m. on Sunday.

The deputy pulled alongside the 2019 Tesla and noted the driver's head was down and was not looking at the road, according to a release from Kenosha County Sheriff.

The deputy then activated his lights and siren in attempt to pull the man over, police said.

He followed behind for about 2 miles until the driver finally noticed he was being stopped when the deputy pulled alongside the Tesla for a second time, the release said.


The 38-year-old man denied being asleep, according to police.
The deputy said the man did not have any signs of impairment but said that he was tired, police said.

Tesla mandates that the operator keep their hands on the steering wheel at all times and always maintain control of the vehicle while utilizing the autopilot feature.