Chicago may be first city to equip police with "Textalyzer" technology 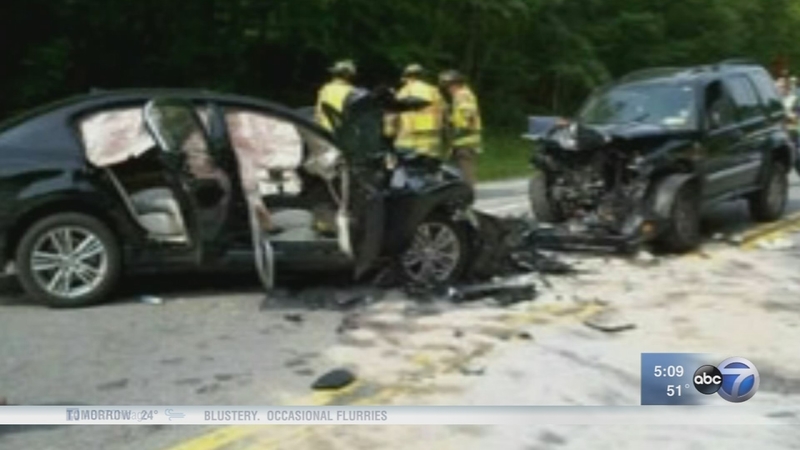 CHICAGO, Ill. -- Chicago may become the first city in the U.S. to arm its police officers with devices that will tell them immediately if motorists were texting when they got into a traffic accident.

After hearing from a father whose son was killed in a traffic accident in which the driver was texting, as well as a company that developed a prototype of the so-called "Textalyzer," the City Council's public safety committee voted Thursday to request that the police department study the hand-held devices. The vote sends the issue to the full council, which is all but certain to approve the resolution next week.

A number of states are considering equipping law enforcement officials with the devices, including New York, New Jersey and Tennessee. But one of the co-sponsors of the resolution, Alderman Edward Burke, said Chicago would be the first U.S. city to do so.

The vote was taken after Ben Lieberman, who became the face of the push for the devices after his 19-year-old son was killed in 2011, spoke of his son's death and his own discovery that not only is texting while driving rampant, it is all but impossible to investigate and what laws there are prohibiting distracted driving are rarely enforced.

"You don't need me to tell you that," he said. "You just need to look out your window."

In fact, Burke suggested the problem of enforcement is especially acute in Chicago, as he told of how the number of tickets city police officers issued to motorists using mobile devices plummeted from 26,000 in 2015 to fewer than 200 in 2016. That's when the police department started requiring officers who issue such violations to appear in traffic court.

One hurdle that must be overcome before officers will be handed the devices stems from questions about privacy and whether law enforcement has the right to simply pull such information from someone's cellphone. The "Textalyzer" plugs into phones and extracts call log information.

According to Cellbrite, no personal information can be extracted by the Textalyzer, but it can allow law enforcement to immediately determine if the phone was in use when a crash occurred.

"One thing that is troubling is that it's not clear what limitations there are on the information gathered," said Ed Yohnka, spokesman for the ACLU of Illinois told The Associated Press this week.

Another question is whether the device is even necessary because there are ways for authorities to determine if a motorist was texting at the time of an accident.

"We can get that information and we have if there has been a major injury (accident) or a fatality," said spokesman for the Illinois State Police, Sgt. Ryan Cape. "But we have to subpoena phone records (because) the phones are still their personal property and we can't just take that phone."

Both Lieberman and a representative from Cellebrite, the company developing the Textalyzer, said such concerns are unwarranted because the devices are designed only to determine if the driver was using a cellphone at the time of the accident, and won't show officers the content of those messages.

"I have no desire to be involved with legislation that can invade privacy but I don't want to bury another child," Lieberman said.
Chicago may become the first city in the U.S. to arm its police officers with devices that will tell them immediately if motorists were texting when they got into a traffic accident.