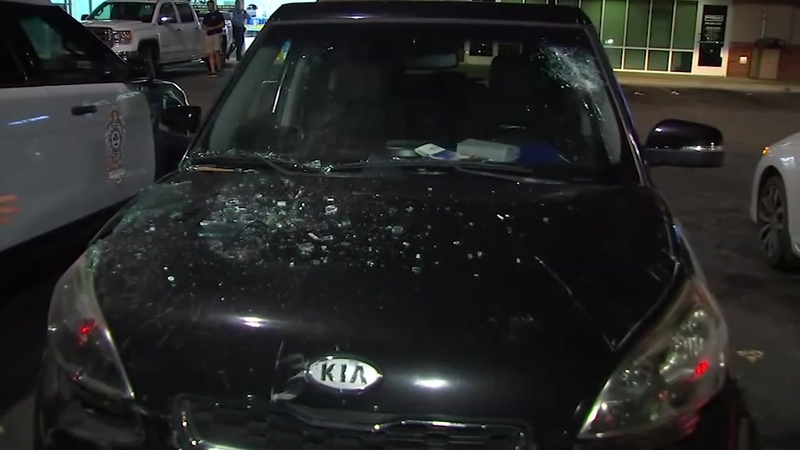 RALEIGH, N.C. -- A Raleigh woman was arrested Monday after officers said she lied during a police investigation.

Initial reports state a person driving a Kia drove up on the sidewalk, hit a woman before running into the laundromat and then took off.

The victim was identified as 49-year-old Sabrina Annette Battle. She sustained non-life-threatening injuries.

Battle reportedly told officers that the car was hers and that someone drove it and hit her. Further investigation revealed that the person she reported as the driver was not in fact driving.

Court documents show that she initially told police at the scene that the driver who then took off was her nephew. Police said that is false; it was her 13-year-old son who was driving.

Look at this vehicle. @raleighpolice say the driver of vehicle slammed into the Washroom Laundromat. But the person has not been caught according to authorities. #ABC11 pic.twitter.com/Sbvjg4Z69G

Her daughter defended her mother's actions.

"She's a really good mom. She's nonchalant," the daughter said. "She just wasn't aware. And if she did - she was just trying to protect him."

The daughter said the vehicle involved in the wreck belongs to her.

She said her mother was washing clothes when she saw the son accidentally drive the car into the building.

"I don't know if he just wanted to drive a car," she said. "You know how kids are. They want to be adults. Get in the driver's seat."

Battle was charged with filing a false report to police station, a misdemeanor.