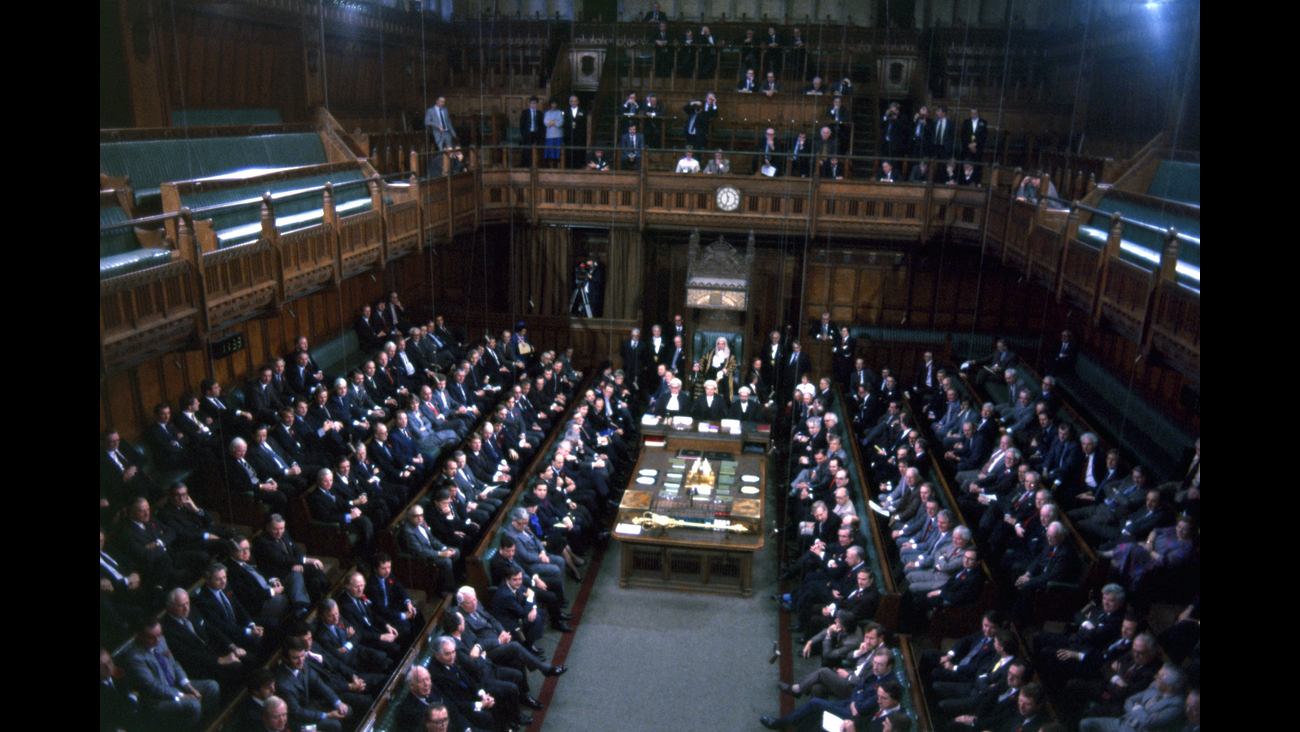 British Parliament erupted Tuesday when one lawmaker tried to take off with the House of Commons' large, shiny stick.

The tumultuous week in British politics kicked off with Prime Minister Theresa May postponing a vote on her controversial Brexit deal on Monday.

May's postponement threw the country's Brexit plans into further disarray, intensified a domestic political crisis and battered the pound. It also forced an emergency debate on the postponement on Tuesday.

The debate was intense: Some lawmakers, including some from within May's own faction, the Conservative Party, accused her of trampling on parliamentary democracy.

"The government has lost control of events and is in complete disarray," Labour Party leader Jeremy Corbyn said.

The parliamentary powder keg exploded when Labour lawmaker Lloyd Russell-Moyle strode to the center of the room and grabbed the House of Commons' ceremonial mace as a sign of protest.

The mace is the symbol of royal authority in Parliament. It's a 5-foot, silver gilded club that dates back to the reign of Charles II. Without it, neither house of Parliament can meet or pass any laws.

A servant of the House pried the mace from Russell-Moyle's hands and restored it to its place on the table of the House.

Russell-Moyle was expelled from Parliament for the remainder of the day as a consequence of his actions.

"Thankfully they haven't locked me in the Tower of London but if they had I'd expect May to be in the cell next to me for her treatment of Parliament today," Russell-Moyle tweeted after the episode.

Thankfully they haven’t locked me in the Tower of London but if they had I’d expect May to be in the cell next to me for her treatment of Parliament today. I’m allowed back tomorrow after my symbolic protest against this government, wish May wasn’t allowed back. https://t.co/S51q5O9QEt

Russell-Moyle is not the first British lawmaker to try and steal the ceremonial scepter, as he pointed out in an op-ed he penned in the Guardian following the incident.

A secret vote was held Wednesday to assess the Conservative Party's confidence in May. The party indicated its confidence in her about 3 p.m., by a vote of 200-117.