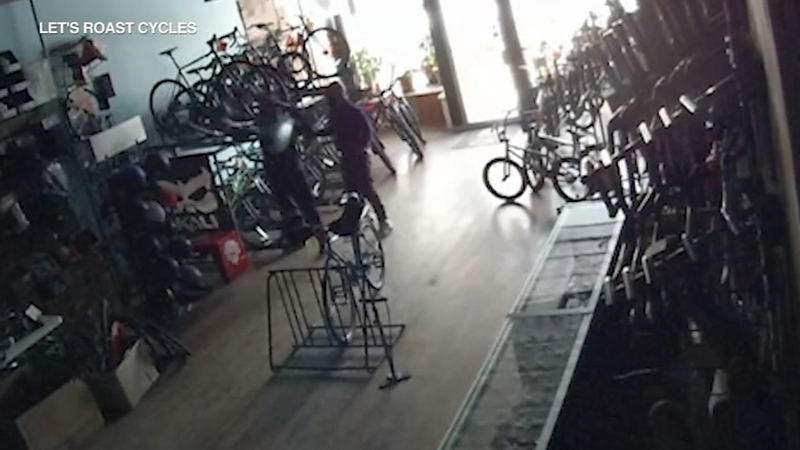 CHICAGO (WLS) -- Police are investigating after a series of robberies at several pricey cycling shops across the city.

Thieves busted open the back door of Let's Roast Cycles a few weeks ago and made off with two bikes that retailed for $1,700 and $2,000, respectively.

"It's a major blow, especially in the down season," said Daniel Bogard, a Let's Roast Cycles employee. "We are a brick-and-mortar, mom-and-pop shop."

The Wicker Park shop wasn't the only target. The bike community says at least $70,000 worth of high-end cycles have been stolen in recent weeks. Police have told shops that the break-ins are not connected but shop owners are convinced otherwise.

"Obviously these are people with a focus of getting in and out pretty quickly and grabbing three nice bikes and hitting the road," said Mark Mattei, owner of Cycle Smithy.

The two cycle shops have taken precautions as a result of the break-ins.

So far no one is in custody.
Report a correction or typo
Related topics:
wicker parklincoln parkchicagotheftrobberybicyclebikes
Copyright © 2021 WLS-TV. All Rights Reserved.
More Videos
From CNN Newsource affiliates
TOP STORIES