When Title 42 is lifted, a years-long backlog of refugee cases remains at border in Tijuana 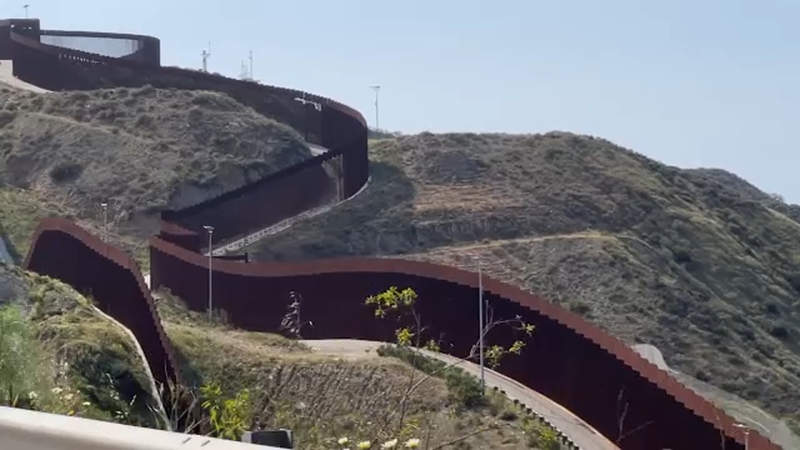 When Title 42 is lifted, backlog of cases remains in Tijuana

For more than two years, refugees seeking asylum in the U.S. have been confronted with Title 42, a Trump-era public health order under which asylum seekers are turned away or deported, citing COVID-19 concerns.

That policy is part of what has created confusion and a bottleneck of cases in Mexico, according to immigrant rights organizations like Al Otro Lado.

"We've been in communication with the Biden administration, along with our partners on the ground, regarding the impact of Title 42 and the lack of information that the migrant community has about Title 42," said Al Otro Lado's border rights project director, Nicole Elizabeth Ramos, adding that the lack of information makes migrants more vulnerable to organized crime.

According to Customs and Border Protection data, between March 2020 and February 2022, 60% of encounters at the southwest border were "expelled" under Title 42.

"Now we're seeing that the administration is going to lift Title 42. But they have no plan in place of how they're going to process the backlog of people," Ramos said.

The CDC confirmed Title 42 will be lifted on May 23. But many key questions remain, including whose cases will be heard first.

A policy that's prevented many refugees from seeking asylum in the U.S. will be lifted in just weeks. For Haitian refugee Francel Celestin, a husband and father, Title 42's removal can't come quickly enough.

Prior to the pandemic, U.S. and Mexican governments operated a waitlist, said Ramos, adding that migrant communities they've heard from want that waitlist to be honored.

"The migrants have expressed that while they believe that a first-come, first-serve, respecting the original list is in order, that there needs to be additional ways for people to enter who are subject to really extreme circumstances," Ramos said.

"We have put in place a comprehensive, whole-of-government strategy to manage any potential increase in the number of migrants encountered at our border," said secretary of the Department of Homeland Security, Alejandro Mayorkas.

Among other steps, Mayorkas said DHS is increasing its capacity to evaluate asylum requests and "quickly remove those who do not qualify for protection," increasing its personnel and resources, redeployed more than 600 law enforcement officers to the border, and are putting in place additional COVID-19 protocols.

However, Title 42 is one of two major policies playing out at the southern border. The other, known as "Remain in Mexico" or MPP, is still in effect.

While there are some exceptions, it allows border officers to return non-Mexican asylum seekers from Western Hemisphere countries to Mexico while their claims are processed.

In the meantime, Al Otro Lado is assisting refugees from different parts of the world to seek exemptions to Title 42 while it remains in place.

Ramos and others said the granting of those exemptions is disparate.

"We're letting many people from Ukraine in, understandably because there is a war right now," she said. "We're seeing CBP processing hundreds of Ukrainian migrants each day while Black and brown migrants who have been waiting in some cases more than three years have to sit on the sidelines and not have their cases heard."

To meet the demand of cases, the organization is seeking remote and in-person volunteers with a particular need for those who speak Spanish, Haitian Creole, Ukrainian or Russian.

"Many people accuse asylum seekers of wanting to jump the line, that they need to do things the legal way. Seeking asylum at a U.S. port of entry at the border is the legal way to begin this process to seek international protection," said Ramos. "They're not exploiting a loophole. It is laid out very clear in our law, which replicates international human rights law that we agreed to after the Holocaust."