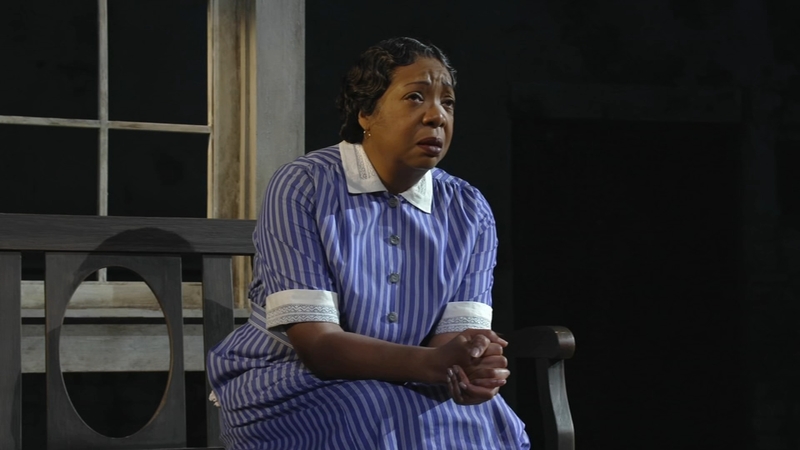 CHICAGO (WLS) -- You have just a few more days to see "To Kill A Mockingbird" on stage e in Chicago.

Hosea Sanders talked to veteran Chicago actress Jacqueline Williams, who is getting rave for her portrayal of a beloved character in the story.

Calpurnia is the housekeeper, often called the "heart" of the Atticus Finch family, who finds herself caught up in racial turmoil in the rural South of the 1930s.

In this production, she's a fully-formed character played by Williams.

Sanders: "People who think they know this story from the film and the book, this is a whole new world you're bringing to the stage, isn't it?"

Williams: "1t really is a live event of this story. People really need to come see it, come experience it. And unfortunately, we still need this story today as much as in 1960 when the book was published or in '62 when the film was released."

Sanders: "Let's talks about you, here in Chicago. You've done so many great things here in the theater community, why is Chicago, that theatrical experience, so vital to who you are and what you bring to the stage?"

Williams: "Because decade after decade, the caliber of the artists in Chicago has been extraordinary. I've worked all over the country and that overall caliber just really can't be beat, the work ethic, the support. And the artists, for the most part, go for truth in whatever that storytelling is, whether it's through music or movement and dance, a play. The heart and soul of Chicago is a big part of why I love that this is home."

Williams said this "Mockingbird" is a story whose time has come once again.