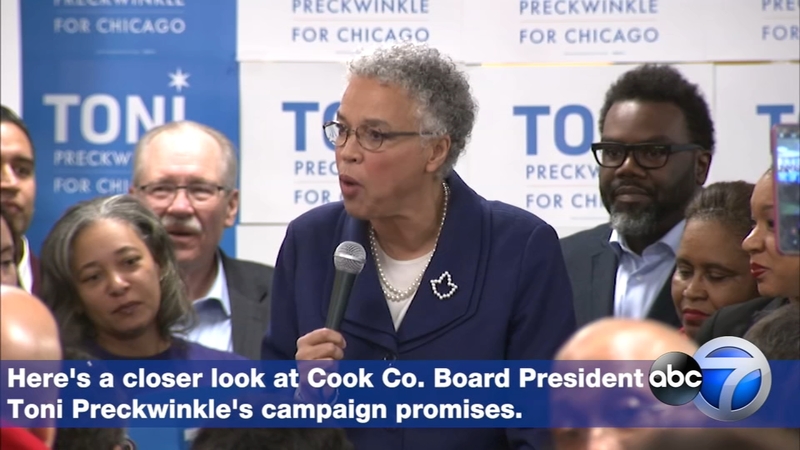 Who is Toni Preckwinkle?

Toni Preckwinkle spent 19 years as the Alderman of the 4th Ward. During that time, she co-founded the city council's Progressive Caucus. On her campaign website, Preckwinkle lists two notable moments during her tenure as alderman: sponsoring the "Big Box Ordinance" and being "one of only five Alderman to vote against the parking meter deal that has robbed the City of millions of dollars in revenue."

Toni Preckwinkle was elected in 2010 as Cook County Board President, the first African American woman elected to run the roughly $5 billion government of the 2nd largest county in the nation. Online she highlights having taken "steps to unseat incumbent State's Attorney Anita Alvarez" in 2015.

As the top executive in Cook County, Toni oversees one of the nation's largest public health and hospitals systems and, one of the largest criminal justice systems and the largest Forest Preserve system in the country.

Before her political career, Toni Preckwinkle spent 10 years teaching high school history. She credits her time in the classroom as not only preparing her for public service but helping to shape her policy priorities. During that time, according to her campaign website, she lost a student to gun violence.