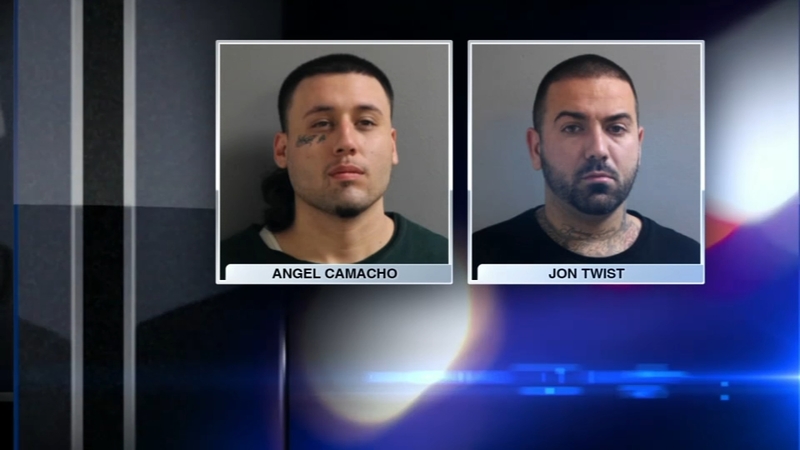 The men are accused of pretending to be with the Chicago Police Department and extorting motorists to get their cars back after they tow the disabled cars. The scam is believed to be orchestrated by local gangs, police said.

The most recent incident happened at about 6 a.m. Friday when a truck driver hit a viaduct at the intersection of Racine and Pershing in city's Bridgeport neighborhood.

According to police, the victim, who works for a commercial trucking company, contacted his company's dispatch and arranged a tow for the tractor truck and trailer.

While waiting for the tow truck, another tow truck arrived on scene bearing the name of another tow company, police said.

The two men -- identified as Angel Camacho, 26 and Jon Twist, 30 -- both wore what appeared to be city uniforms got out of the tow truck and told the victim they were sent by the Chicago Police Department to tow the truck.

An argument began when the real tow truck showed up. That's when police were called.

Camacho and Twist - both convicted felons - were taken into custody after the Friday incident by the Chicago Major Auto Theft Investigation Unit and charged with felony tow solicitation at scene. Twist also was charged with possession of a police scanner.

Both men appeared Saturday in Bond Court in Chicago. A judge ordered them released on a $10,000 personal recognizance bond.