WLS
ITASCA, Ill. (WLS) -- Video released exclusively to Eyewitness News shows a suburban woman's car as it careens into the path of a Metra train.

Driver Patricia Vitale, 78, survived, but her car is totaled. Metra released video of the accident to Eyewitness News with the hope it will be a reminder to everyone to stay far away from the tracks. In icy weather, trains and cars can't stop as quickly as normal.

Even though the locomotive engineer appears to have seen the car, there was simply no way to stop the train in time. Video from the Metra locomotive's event recorder shows the train's horn was blowing, and the crossing gates were down.

Vitale had to be extracted from the wreckage around 7 a.m. Tuesday. Witnesses said her Honda Accord slid under the downed gate and she tried to reverse, but there wasn't enough time. Her car was hit by Express Train #2212 at the intersection of Irving Park Road and Walnut Street.

Jim Vitale was on the way to meet his mother at a car repair shop when he found out she'd been in the accident.

"It's amazing anybody could live through that. God was on her side," Jim Vitale said. He said the retired grade school teacher is a cautious driver. "She's crossed those railroad tracks thousands of times over the years. So something doesn't add up. I can see some explanation that she slid a little bit, but it seems to make more sense that maybe she was bumped."

Police are investigating but have not determined the cause of the crash.

"This time of the year, where roads are icy and so forth, you just have to be careful coming up on any of these kinds of crossings. But we were able to get her out of the vehicle. She was conscious when we got her out," Itasca Fire Chief James Burke said.

Vitale remains hospitalized in ICU with broken ribs, a punctured lung and other internal injuries. She is in fair condition, according to her son.

"When you look at the vehicle, I mean that's extreme damage to that vehicle. The fact that nobody was killed was quite amazing," Chief Burke said.

The train tracks were cleared by 8 a.m. However, the impact with the train sent Vitale's car into the signal house that controls the crossing gates. Therefore trains are delayed through the area and running only at what Metra calls "walking speed."

Metra trains were moving at "walking speed" in Itasca hours after a car that was struck by a train plowed into the signal house. 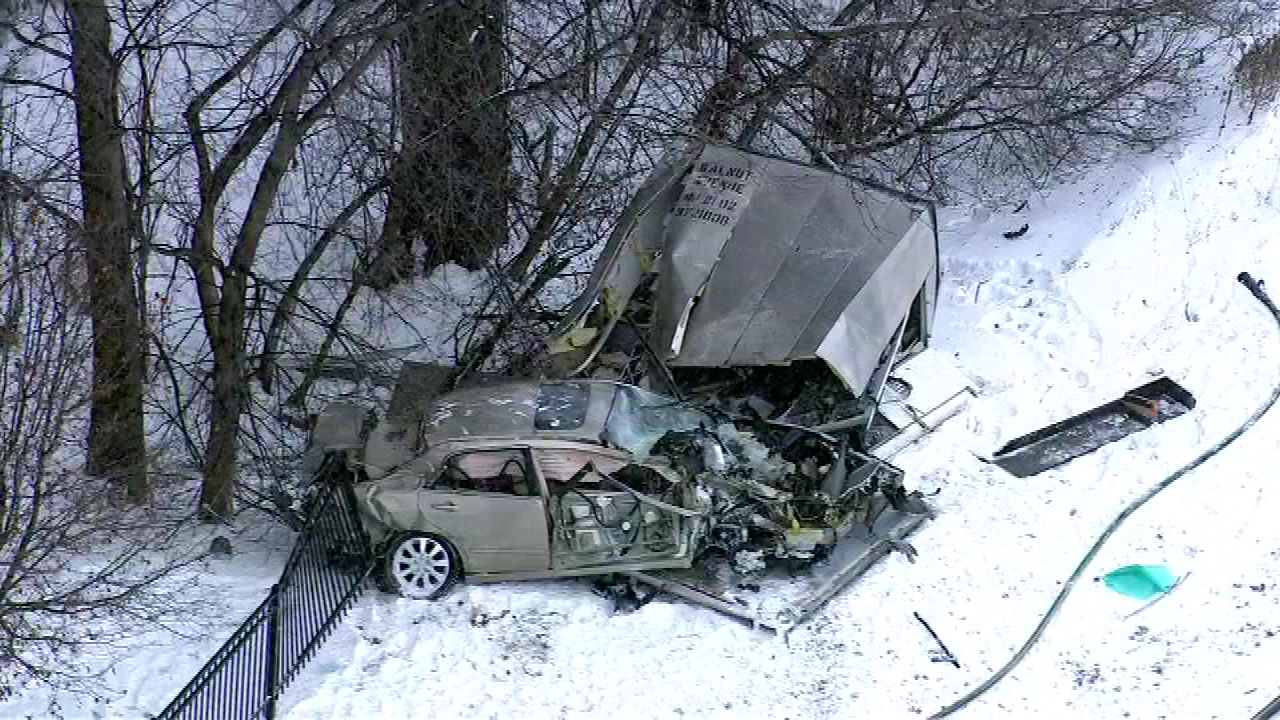 Car struck by train, slams into Itasca signal house
A woman had to be extricated from her car after it was struck by a Metra train in Itasca. The impact of that crash sent the vehicle into a signal house.
Related topics:
trafficitascatrain crashmetra
Copyright © 2021 WLS-TV. All Rights Reserved.
RELATED 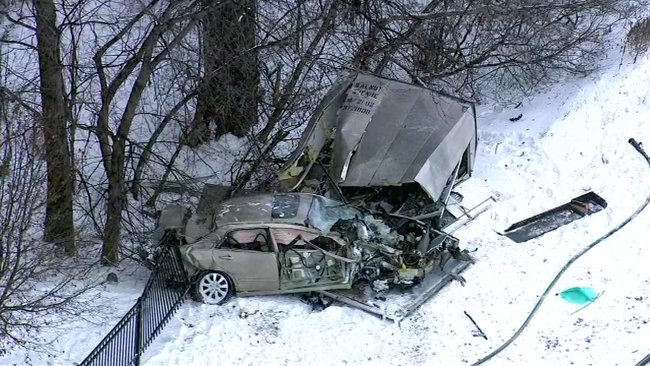