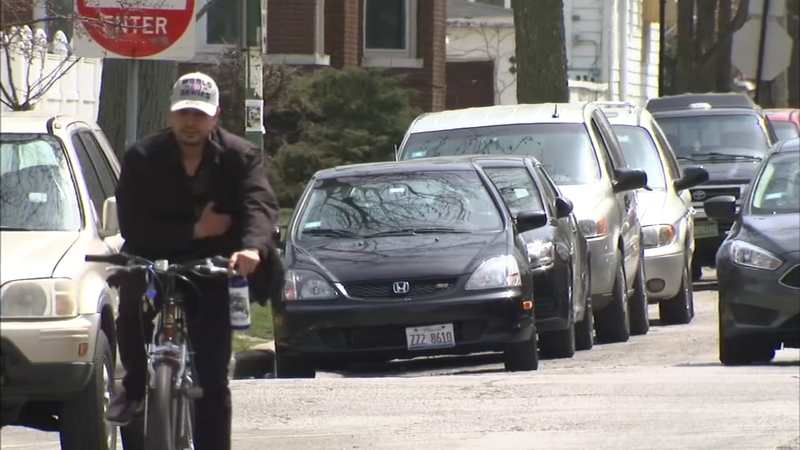 CHICAGO (WLS) -- Hit-and-run crashes are at an all-time high, according to new research from AAA Motor Club.

Paul Young's mode of transportation is a bike. The Chicago resident is using a borrowed one because his own bike is damaged from a hit-and-run accident.

About a month ago, Young was riding down a street on the Northwest Side when he was hit by a car pulling out of an alley. Young said the driver stopped, but only briefly.

"He reached out with his hand, grabbed me off the floor, threw me $50.00 and got back in the car," said Young.

In 2016, AAA said there were over 2,000 hit-and-run deaths nationwide, 65 of those in Illinois. AAA says the majority of victims are bicyclists and pedestrians.

Police are still looking for the driver who seriously injured a man in early March. The victim exited a CTA bus and began to cross the street when he was hit at 47th & Western. The pick up truck that hit him kept going.

AAA does not know why so many drivers choose to take off.

"We don't have conclusive reasons, unfortunately, on why people are doing so, whether it's because of insurance reasons or because they're afraid of getting in trouble," said Mosher.

Chicago's Active Transportation Alliance says the key is to prevent the crashes in the first place.

"When we design safer streets and give everybody dedicated space, protecting the most vulnerable users from vehicles traffic, crashes go down, injuries go down, deaths go down," said Kyle Whitehead with The Active Transportation Alliance.

Whitehead said the city has a long way to go before all streets have protected bike lanes and wider crosswalks. Meantime, leaving the scene of a hit and run that results in injury or death is a felony and can result in jail time.