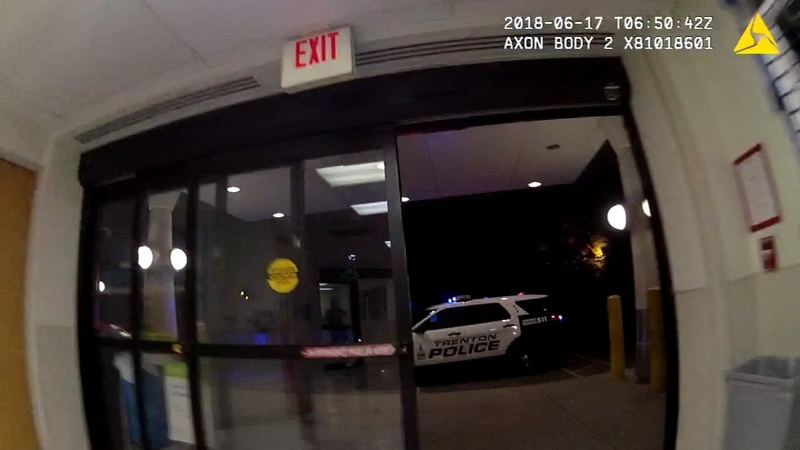 The footage begins as police are trying to shut down the Arts All Night festival in the early morning hours of June 17.

"Go home, folks! It's over," one officer can be heard saying.

Then shots rang out.

"They're shooting over there. Get out of here! Go! Shots fired," said the officer.

People came pouring out of the Roebling Wire Works, some with gunshot wounds.

In all, authorities said 22 people were hurt that night, 17 were shot.

One suspect was killed and two others are facing weapons charges.

One of them is Amir Amstrong, who can be seen being moved by officers into a police vehicle with a gunshot wound to his head.

"Hold on. Just stay still," the officer can be heard saying. One officer rides in the back of the vehicle with Armstrong to the hospital.

"The ambulance is coming, man. You breathing?" he said.

Several officers can be seen helping a man shot multiple times until the paramedics arrive.

"Where is he shot? In the back? In the chest?" hospital staff can be heard asking.

The staff rushes the man inside, as the officer warns them there will be others.

The incident is still under investigation.