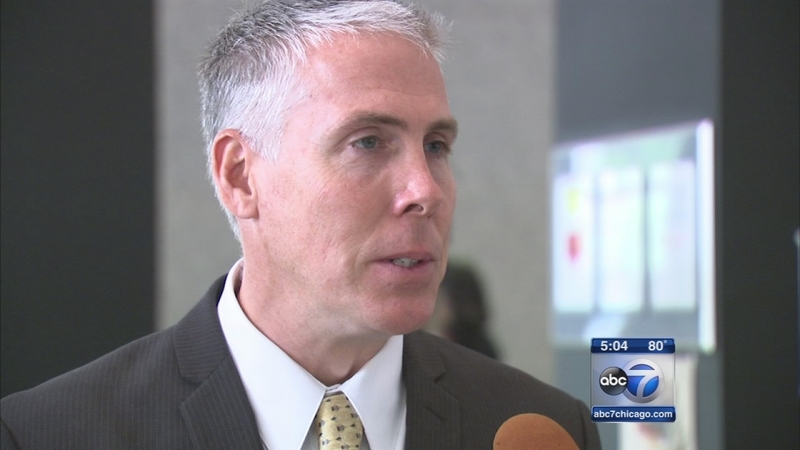 CHICAGO (WLS) -- A Chicago police sergeant is suing the city over off-duty texts, calls and e-mails, saying he should be paid overtime for messages received while off the clock.

We love our electronics. We're on them constantly. Many of us turn some of our own time into work time. The office, the shop, sends a message, and there is an expectation for a response.

Now consider that you're a Chicago police officer assigned to the Bureau of Organized Crime. You work gangs, narcotics. You have a department Blackberry and because you have street knowledge, you're Blackberry does a lot of buzzing when you're off-duty. "Can you give me a call?" "Can you check this out?" "What do you know about this guy?"

"During working hours, it would not be uncommon to get at least 10 calls a night, or emails that I would have to respond to," Sgt. Jeff Allen said.

Sgt. Allen filed a suit against the city five years ago contending that he is rightly entitled to overtime pay for all that off-duty Blackberry time. His lawsuit, joined by four dozen other officers, has finally gone to trial in federal court.

"They're not just getting calls, requests for information, whether it's via a phone call, via an e-mail, and they're responding, they're doing real work and lots of it and not getting paid," said attorney Paul Geiger.

The city says the officers could have asked for overtime but didn't. After Allen's suit, the city updated its off-duty communication policy, saying that the Blackberrys were issued as a convenience to enhance on duty job performance only, that officers are not obligated or required to respond or even carry the devices off duty. And if you use them, you're paid only if you're on a call-back assignment, directed by a supervisor, and your overtime is authorized.

Despite that, the officers contend the expectation is, "you're contacted off duty, you'd best respond pronto."

"The expectation is that you are going to give them the same free work if you're going to be in that specialized unit. That's it," Geiger said.

The bench trial will take the better part of this week and the federal judge is being asked to decide if the department has made a practice of expecting off-duty Blackberry response, even though there's a written policy to the contrary. If he says yes, then the issue turns to money.