Chicago Ukrainians marked Independence Day Wednesday, as well as six months since the start of the war with Russia.

CHICAGO (WLS) -- Six months since the start of the war in Ukraine, Chicago Ukrainians are commemorating the lives lost, the damage done to their homeland and the hope and solidarity they feel for the future.

There was a celebration of Ukrainian independence and a somber remembrance of the fight that continues right now in Ukraine, as well as for those who've made the ultimate sacrifice.

"Today was the funeral for a relative who fought in Ukraine and died," said Chicago Ukrainian Vasylyna Pasternak.

At a ceremony in the Loop, Pasternak and her family watched as the blue and yellow Ukrainian flag was hoisted high over Chicago's Daley Plaza, joining the dozens of others lining State Street.

Pasternak said her sister's father-in-law was killed fighting in Ukraine when a Russian bomb exploded.

"Freedom is a very expensive thing. Like, it's something you cannot buy. You need to sacrifice. And we have freedom because someone sacrificed their lives," Pasternak said.

Dasha Diachenko had to flee to Chicago after living in bomb shelters in Kyiv when the war started. Some of her family in devastated Kharkiv no longer have homes to return to six months in.

"My feeling is very different all the time. I am crying almost every day," Diachenko said.

She said it's vital Americans and Chicagoans remember the impact of the war is still felt in the city, especially at St. Nicholas Cathedral School in Ukrainian Village.

They have dozens of students displaced from their homes in Ukraine due to the war, who are now getting ready for their first day of class.

RELATED: Ukrainian child refugees in Chicago prepare to go back to school 6 months after start of war

"It's sort of like a confirmation that they're that much farther away from their home," said St. Nicholas Cathedral School Principal Anna Ciriili.

Their home that's still under fire.

"It's bittersweet because we celebrate the 31st year of independence and yet that same independence is under threat now because of the invasion," said Chrystya Wereszczak, celebrating Ukrainian Independence Day. 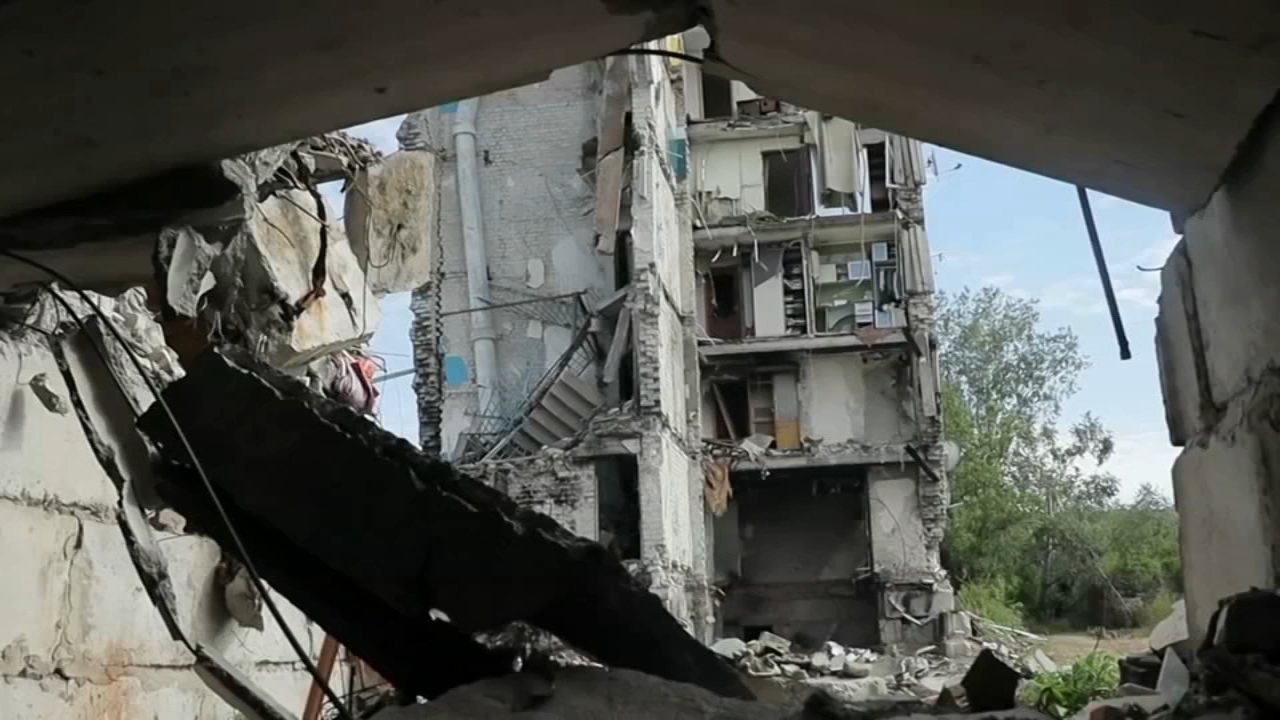