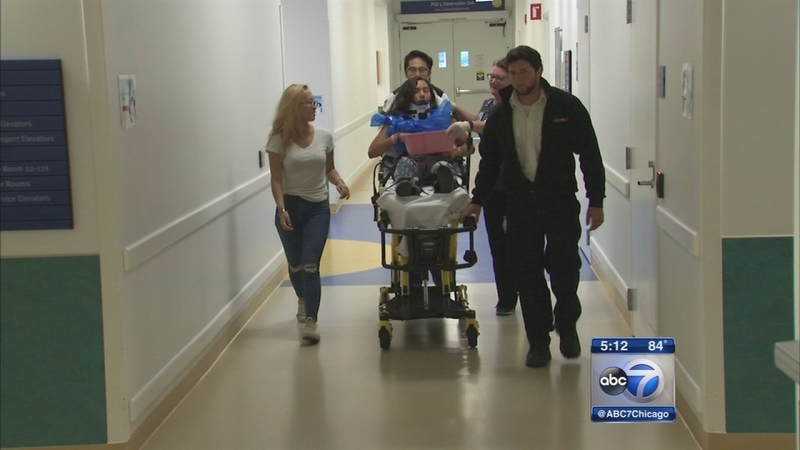 CHICAGO (WLS) -- Lollapalooza is very popular in Chicago, and the summer music festival is adding a fourth day of performances this year. But it's also popular for teen drinking, and nearly 100 teenagers were treated for alcohol poisoning in 2015.

Doctors are trying to prevent that from happening again this year.

At Lurie Children's Hospital, doctors and nurses push a young woman on a stretcher down a hall as she demonstrates expected behavior from a typical teenage patient who is intoxicated: mumbling and crying, as well as vomiting and dehydration. It may be a common sight starting on July 28 when Lollapalooza comes to town.

"We have to staff the ER with higher numbers. We need a lot more acute care for these children," says Dr. Nina Arfieri.

The patient, Gabi Sel, is actually a hospital intern who is helping with the drill so that staff can be better prepared for when real patients come. And they will come; according to a hospital study, in 2015 Lollapalooza weekend saw hospitals receiving more intoxicated patients than the next three busiest weekends of the year combined.

Nurses are going over the protocol for handling those patients. For her part, Gabi is glad this is only a drill.

"Being in this bed is very scary and it feels very real when you're in it, even if it's just a scene," she says.

The study finds that the majority of patients are 16 to 18 years old, female and from the suburbs. But the authors of the study say they're not trying to discourage people from going to Lollapalooza.

"I think it's important for kids to go out and enjoy music, and get outside, but I think there's a safe way to do it, and I think we can do this without having them risk their lives," says Dr. Arfieri.