Something seemed strange when soup cans were found to be leaking a purple liquid.
WPVI 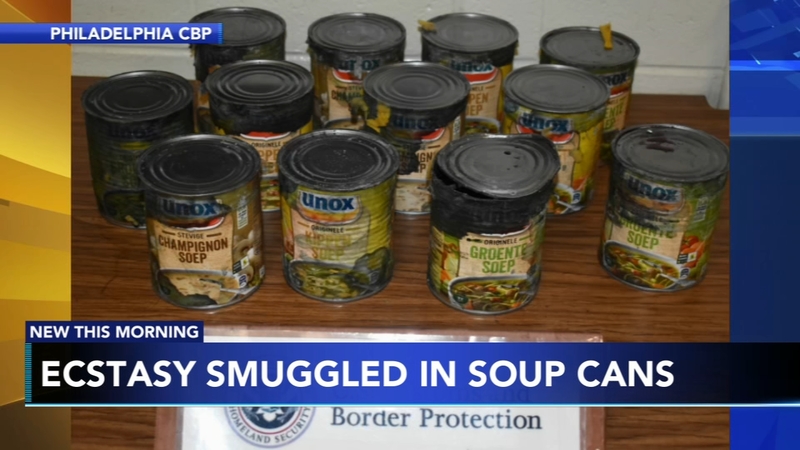 PHILADELPHIA -- Customs and Border Protection officers in Pennsylvania made two drug seizures this week with a tasty twist.

Something apparently seemed suspicious when they noticed the cans leaking a purple liquid.

An analysis revealed those cans were filled with MDMA, a drug commonly known as ecstasy or molly. 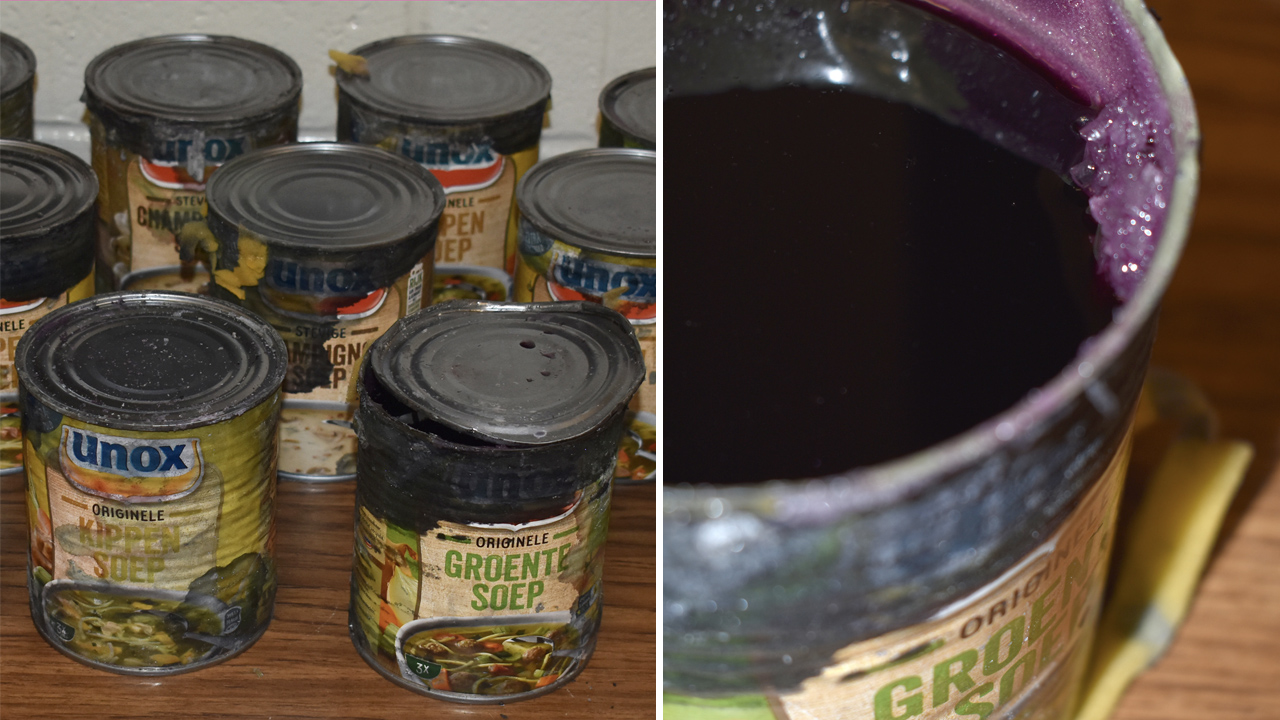 The shipment came from the Netherlands was headed for Miami, CBP says.

Then, on Thursday, officers encountered some pills stuffed in a pair of pastries.

They were discovered after an x-ray on a box manifested as garments revealed what appeared to be packaged pharmaceuticals, officials said.

The package arrived from London and was destined for Charleston, West Virginia. 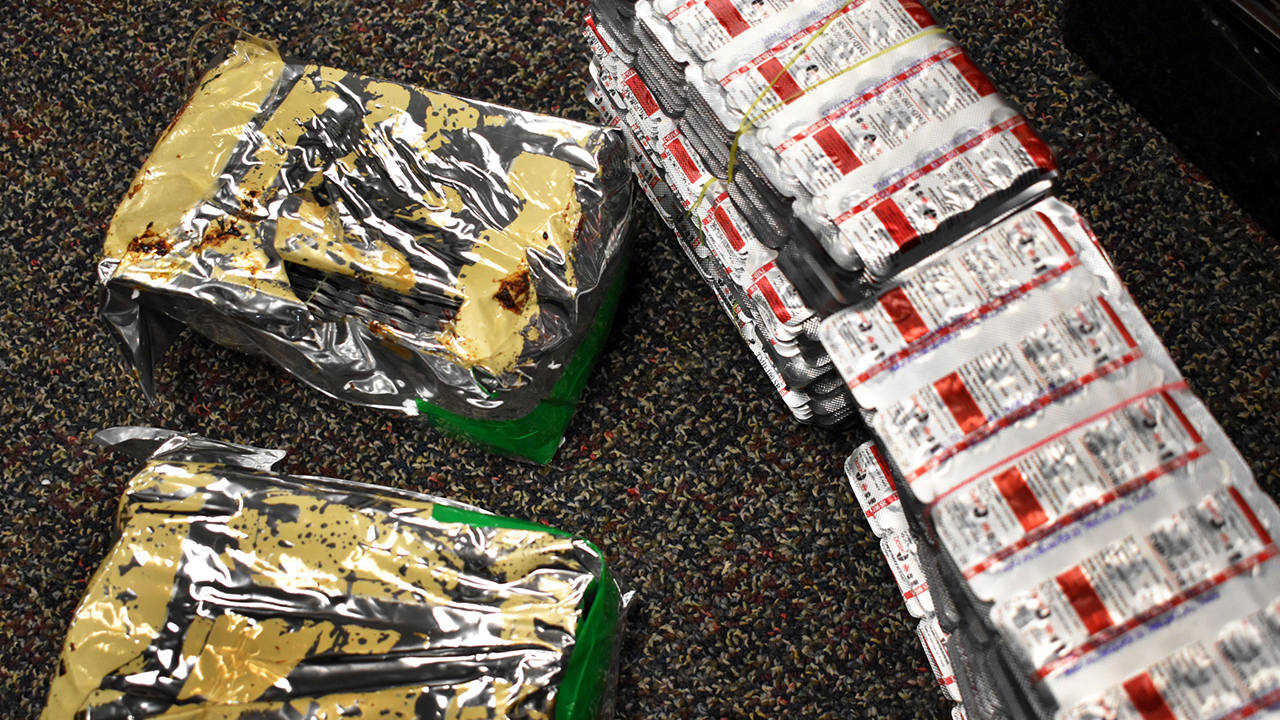 "Crooked consumers continue to purchase dangerous drugs and controlled substances from unscrupulous international vendors, chemicals that consist of unverified ingredients that could potentially harm or kill our nation's citizens," Joseph Martella, CBP's Area Port Director in Philadelphia, said in a statement. "Customs and Border Protection officers remain steadfast in our commitment to searching through the proverbial haystack to intercept the needle of illicit shipments."