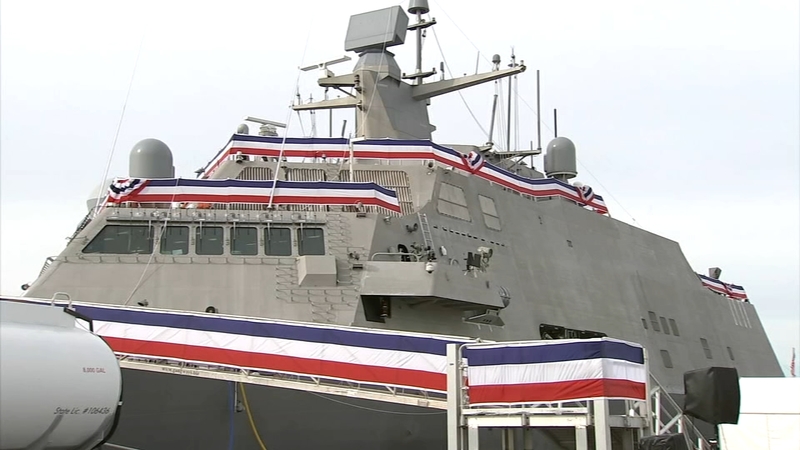 BURNS HARBOR, Ind. (WLS) -- The U.S. Navy's newest combat ship will be put into active service during an event at the Port of Indiana in Burns Harbor this weekend.

The ship will be called the USS Indianapolis when it's commissioned on Saturday.

"The ship is designed with the core crew of 70 personnel," said U.S. Navy Commander Colin Kane. "We have four tunnels underneath the ship that draw water up and shoot them out the back of the ship. It's very much like a jet ski and it's extremely maneuverable."

Kane said the ship can support its crew for 10 days before needing to restock food and fuel. It can carry about 100,000 gallons of fuel.

It'll be the fourth Navy vessel to bear the name USS Indianapolis. The second one is best known.

It was sunk by a Japanese submarine in 1945 while returning from a Pacific island, where it delivered key components for the atomic bomb.

Only 317 of its nearly 1,200 crewmen survived the sinking and days in shark-infested waters.

Seaman 2nd Class Dick Thelen was on board the ship.

"You go through something like that you never forget," said Thelen, who's a World War II veteran.

"Four days and five nights, 104 hours without food and water," he said.

The commissioning ceremony will take place at Burns Harbor Saturday morning. Approximately 11,000 people are expected to be in attendance.