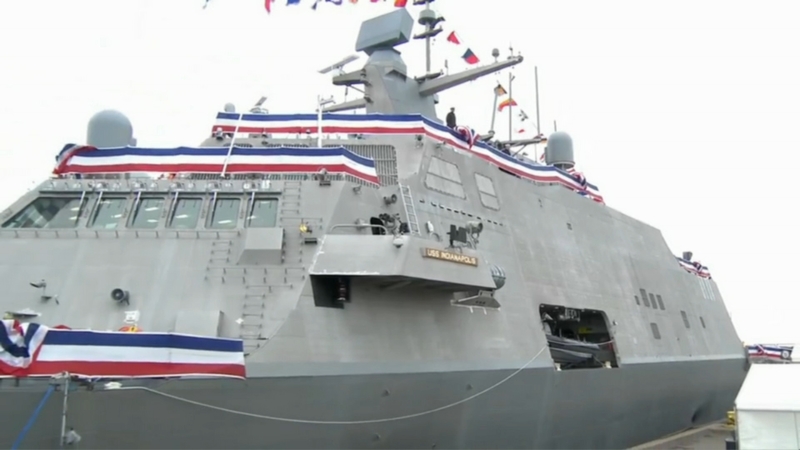 "The USS Indianapolis brings with it a very special, in fact, an emotional meaning for Hoosiers," said Indiana Gov. Eric Holcomb. "And it's not just because it's named the Indianapolis."

The Navy vessel was commissioned at the Port of Indiana in Burns Harbor Saturday. It's the fourth to bear the name USS Indianapolis.

The second one is best known. It was sunk by a Japanese submarine in 1945 while returning from a Pacific island, where it delivered key components for the atomic bomb.

Mitzen said about 300 of the nearly 1,200 crew members went down with the ship.

"The remaining 890 faced exposure, dehydration, salt water poisoning and shark attacks while stranded in the open ocean with few life boats and almost no food and water," Mitzen said.

He said the sinking of the USS Indianapolis "resulted in the greatest single loss of life at sea from a single ship in the history of the United States Navy."

Some of the men who survived attended the commissioning ceremony Saturday.

"Their legacy, the very spirit of that 1945 crew now sails with you all," Holcomb said. "That brings with it a huge responsibility."