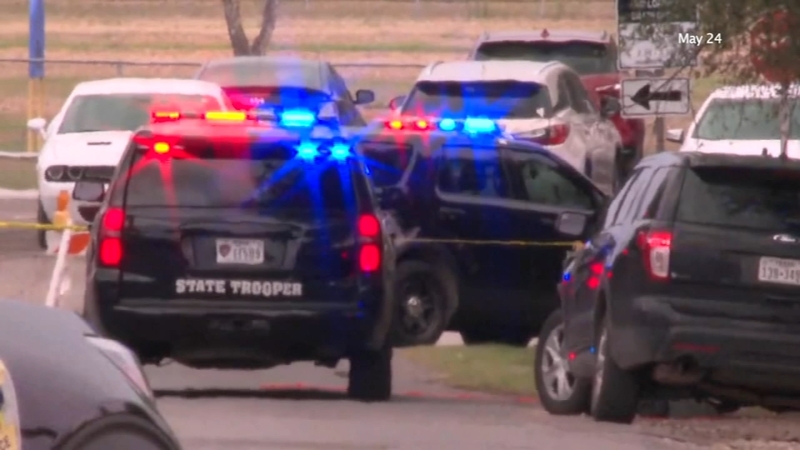 CHICAGO (WLS) -- There are tormenting questions for police, parents, and residents of Uvalde, Texas. Questions that go to the heart of why there are white crosses in front of another school.

On Tuesday with a gunman inside Robb Elementary School and shots fired, was the tactical response from police first on the scene what it should have been?

READ MORE: What we know about 21 Texas school shooting victims; teacher's widower dies of heart attack
First officers on the scene were inside the school within a few minutes according to authorities, who say the "carnage" had already started.

But then, as 18-year-old Salvadore Ramos shot at police, the local officers retreated and waited almost an hour until border patrol and tactical teams arrived. By then,19 students and two teachers were already dead.

He said that is the golden rule of dealing with any active shooter. You go in with what you have.

"The first officers who go in, their job is to stop the threat," said Larry Martin with Foresight Integrated Solutions.

Martin has 28 years of patrol and tactical experience in metro Chicago. What happened in Texas this week is the kind of situation Martin teaches schools to deal with.
"I suspect the majority of the responders, the teachers, the police officers, the medical, the fire, the hospital workers, they're all parents. And that's something I think people forget. And it's easy to point fingers," he said.

READ MORE: Onlookers urged police to charge into TX school: 'Go in there!'

"Police officers don't have the luxury of standing back and being observers," said Kushner. "It's a participation event. It's not an observer event."

Answers to these questions about the police response will be provided by the Texas State Rangers, who are overseeing the review. Among the facts they will likely examine is late word that the Uvalde police had active shooter training in the local high school on March 21.