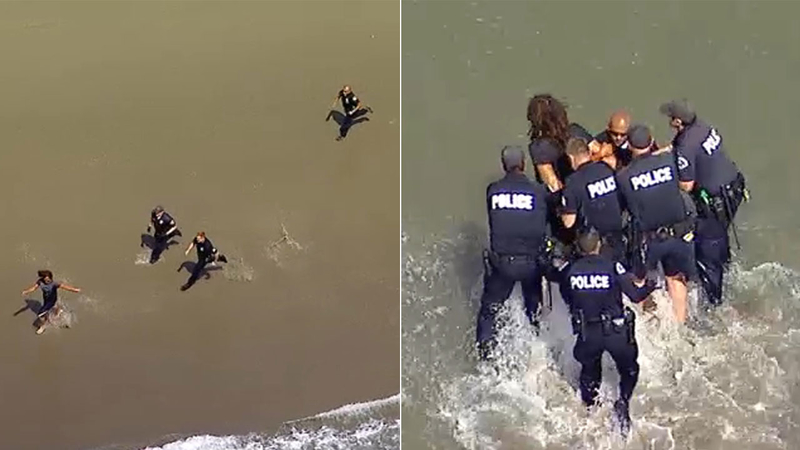 Police chase man on foot in waves at Venice Beach

Shortly after 2 p.m., a group of officers were seen pursuing the man as he intermittently ran into the waves that were crashing along the shoreline.

According to the LAPD, a warrant had been issued for the suspect's arrest.

Nearly 30 minutes later, as he continued heading toward the Santa Monica Pier, the man stumbled in the shallow water and a group of policemen pounced on him. He was handcuffed and escorted to a nearby LAPD vehicle after a brief apparent struggle.