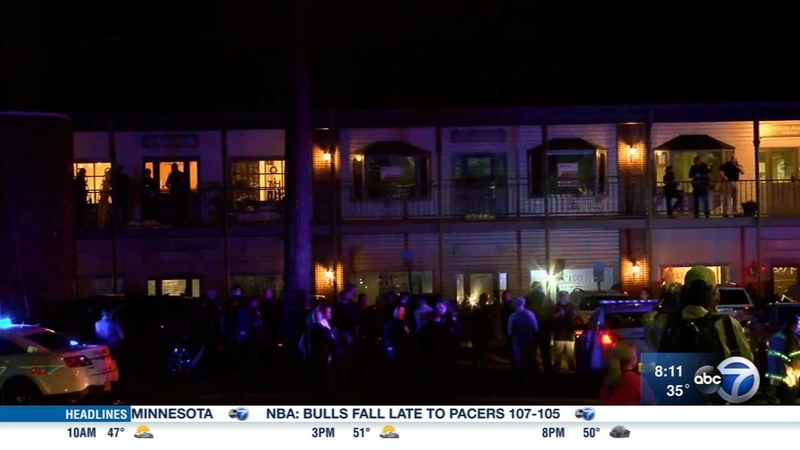 TALLAHASSEE, Fla. -- A man opened fire at a yoga studio in Tallahassee, Florida, killing two people and injuring five others, before turning the gun on himself, police said.

People inside Hot Yoga Tallahassee appeared to have fought Scott Paul Beierle, a 40-year-old man from Deltona, Florida, and tried to save themselves and others, Chief of Police Michael DeLeo said.

Police received 911 calls about a shooting at 5:37 p.m. on Friday -- just minutes after a hot yoga flow class was scheduled to begin, according to the studio's website.

When officers arrived, they found that six people were shot and one person who was pistol-whipped.

As of Saturday, two of the victims have died. They were identified as Nancy Van Vessem, 61, and Maura Binkley, 21.

Two other women were in stable condition in the hospital. One was shot nine times and the other had a bullet pass through her body, Tallahassee Mayor Andrew Gillum and Democratic nominee in the Florida governor's race told reporters.

"The truth is that these occurrences have become far too frequent in our society," Gillum said. "I would ask that the community continue to lift up the victims, those who are still recovering from their injuries."

Gillum met the victims Friday night after he returned from a Shabbat service in South Florida honoring the 11 people killed in a Pittsburgh synagogue last weekend.

The three other victims of Friday's shooting have been released from the hospital, officials said.

The gunman, who was already dead when officers arrived, died of a possible self-inflicted gunshot wound, DeLeo said.

He is believed to have acted alone, the chief said, and there's no threat to the community.

It's unclear what may have motivated the attack, police said.

Chief DeLeo said investigators were unable to immediately draw a connection between the gunman and either of the victims.

Binkley was a student at Florida State University and Van Vessem was a faculty member at the university's medical school, CNN affiliate WCTV reported.

"There are no words to express the shock and grief we feel after learning of the deaths of Maura Binkley and Dr. Nancy Van Vessem. To lose one of our students and one of our faculty members in this tragic and violent way is just devastating to the Florida State University family," FSU President John Thrasher said in a statement to the Tallahassee TV station.

"We feel this loss profoundly and we send our deepest sympathies to Maura's and Nancy's loved ones while we pray for the recovery of those who were injured," he added.

"As we process the gut-wrenching act of violence that took place this evening in a place of peace in our community, we hold in our hearts everyone who is affected and lift them up in love," officials tweeted from the city's verified account.