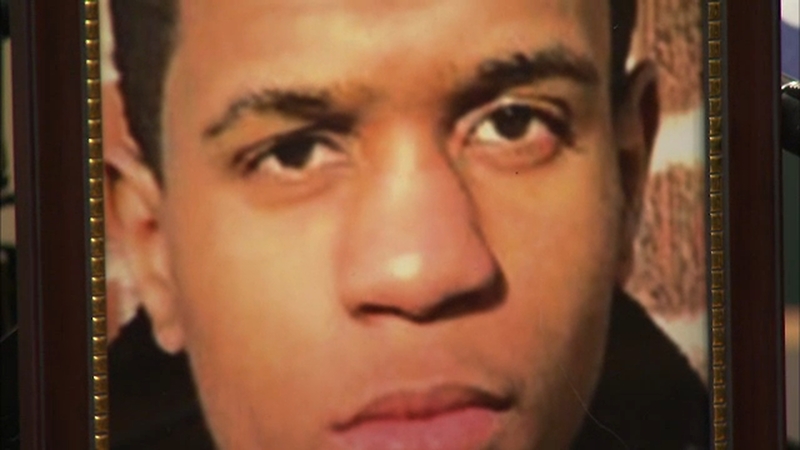 Family of Michael Elam, Jr., who was killed by police to file federal lawsuit

CHICAGO (WLS) -- The mother of a teenager who was allegedly killed by a Chicago police officer in February filed a lawsuit Wednesday against the City of Chicago.

According to Elam's family's lawsuit, Officer Bolanos allegedly shot Elam in the back of his head and twice in the lower back as the unarmed teenager ran from a traffic stop near 2133 S. Keeler Avenue.

On February 16, at approximately 8:30 p.m., Elam, was a passenger in an Acura driving southbound on Keeler Avenue when police attempted to pull the car over for a traffic violation.

The officers, who did not have a dash camera on their unmarked car, pursued the Acura to the intersection of 21st Place and Keeler Avenue. Once the Acura came to a stop, all the occupants, including Elam tried to run away from the scene.

Officer Bolanos exited his vehicle and allegedly began to immediately fire his weapon. The lawsuit claims Bolanos fired his weapon without activating his body camera. Failing to activate his body camera was in direct violation of mandatory CPD orders requiring officers to activate the cameras in all use of force incidents, the lawsuit stated.

The family of 17-year-old Michael Elam Jr., plans to file a lawsuit Thursday against the city.

According to the lawsuit filed by the teen's mother, Alice Martin, over five minutes passed after the shooting before officers informed a dispatcher that Elam had been shot and requested an ambulance. Elam was transported to Mt. Sinai Hospital where he was pronounced dead from the gunshot wounds to the back of his head.

The lawsuit was filed by Elam's family's attorneys Christopher Smith and Jeffrey J. Neslund. They are calling for a federal investigation into this fatal shooting.

Michael is survived by his parents, Alice Martin, Michael Elam, Sr. and his siblings.

"This shooting of an unarmed teenager in the back was not only an excessive and senseless act of violence that robbed this family of their son, it also violates CPD's new use of force policies regarding the sanctity of human life and the recently signed Federal Consent Decree, which specifically prohibits the use of deadly force against fleeing subjects," Neslund said.

"Not an hour goes by where I don't think about Michael and what he would doing if he were alive. I still cannot believe that he is truly gone," Martin said. "Our whole family is heartbroken."

Michael Elam was a senior at West Town Academy, which will proceed with his graduation posthumously and present Michael's diploma to his mother on June 21, 2019.

Neslund previously represented the family of 17-year-old Laquan McDonald, who was shot and killed by Chicago Police Officer Jason Van Dyke in 2014.