'We don't want to be next': Wisconsin students walk out of school to protest gun violence following 2 recent school shootings 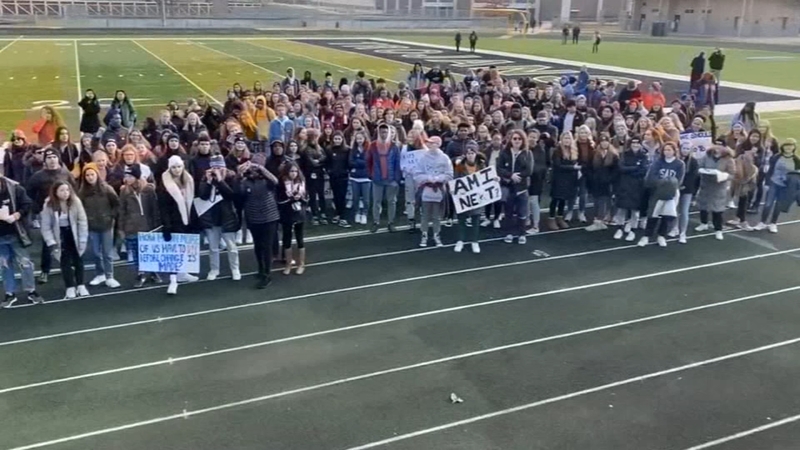 Wis. students walk out of school to protest gun violence

MILWAUKEE, Wis. -- High school students in Wisconsin walked out of class Friday, to take a stand against gun violence.

At a young age these students are taking on one of the most debated issues across the country as they organized the demonstration.

"We don't want to be next," student Michael Orlowski told WITI.

Orlowski and other students of Wauwatosa West High School organized the walk out, followed by a rally and march.

Both of Orlowski's parents are supporting his efforts.

"This isn't to take guns out of people's hands that are using them and acquiring them correctly," said his dad, Jay.

"I don't know why anyone would be against protecting our children and our future is unfathomable to me," his mom, Erin, said.

"I have friends that attend Waukesha South and Waukesha North. It was very upsetting because no one knew what was going on, fellow student, Jalah Bates, said.

In both cases authorities said school resource officers were forced to fire their guns at students. One, who was armed with a knife, and another with what was later determined to be a pellet gun.

"People say it was just a bb-gun, it was just a knife, but in reality there has been serious threats that have increased every day," Orlowski said.

Students are frustrated by what they feel is the lack of urgency in Madison, Wisconsin to address the issue of gun violence.

Even with the high numbers, nothing was done when Governor Tony Evers called an executive session on gun control measures.

RELATED: US school violence facts: List of incidents with at least one fatality from 1927 to the present

"We can never forget that these policy makers, we're their boss. We're the ones who elect them," Orlowski said