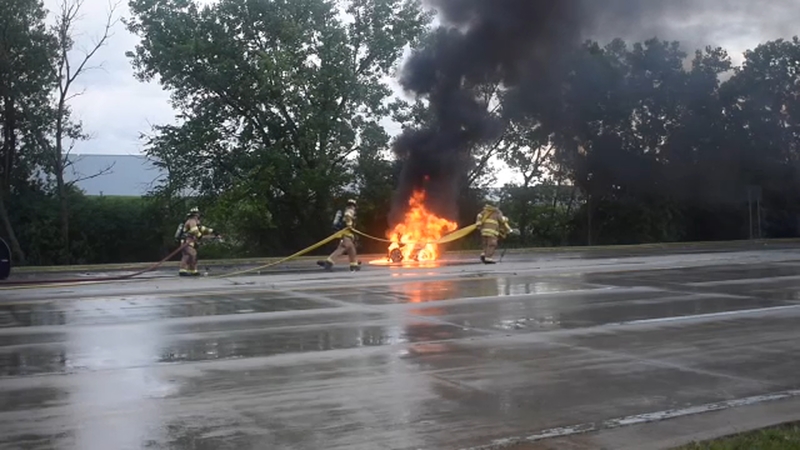 The three-vehicle crash happened at Lake Cook Road and Northgate at about 7:39 p.m., Wheeling police said.


One vehicle was traveling west on Lake Cook Road when it rear-ended a second vehicle, causing that vehicle to go into the eastbound lanes where it hit a third vehicle. One of the vehicles became engulfed in flames.

One driver died at the scene and another was transported to a hospital and later died. One of the victims has been identified to the Cook County Medical Examiner's Office as Brenda Felix Soria of Inverness.

A third driver was transported to a hospital with serious but non-life-threatening injuries, police said. There were no passengers in any of the vehicles.


Witnesses said they heard the crash when they were walking in the neighborhood. They said it caused a boom so loud they thought a transformer or some other electrical component blew. It wasn't until they walked to the area of the crash that they realized it was from cars.