The controversial comment was made during the first inning of ALDS Game 2 as Chicago's Yoan Moncada was batting.
KTRK 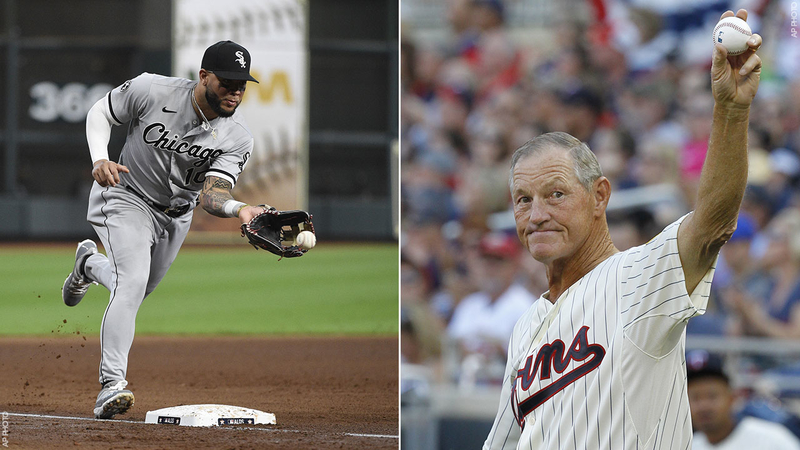 Astros game broadcaster getting heat over use of '40 acres'

HOUSTON, Texas -- Not even a half-inning of the Astros-White Sox ALDS game on Friday went by without controversy when a broadcaster used terminology linked to slavery-era America to describe one of the players on the field.

Viewers of the nationally-televised, matinee Game 2 matchup headed to social media in the wake of off-the-cuff comments made by MLB Network broadcaster and former big leaguer Jim Kaat.

In the top of the first inning, Kaat and colleagues Buck Showalter and Bob Costas were on air as Chicago White Sox third baseman Yoan Moncada appeared at the plate. This dialogue took place between Kaat and Showalter:

Kaat: I don't know how much you've seen of Moncada, but everybody talks about (how) this guy should be a star, an all-star.

Showalter: That's what they look like. Don't know about the rest of it. First time I saw him in the big leagues, I looked around the dugout and said, "Can we have one of those?"

In the wake of that quip, one verified Twitter user, Dan Ewen, posted video of the exchange to Twitter and mentioned the accounts of Major League Baseball and MLB Network, alluding to the seemingly racist undertones of the comment with "40-acre field" closely resembling "40 acres and a mule" phrasing.

"Hey @MLB @MLBTV can we maybe talk about this 'Get a 40 acre field full of 'em' comment by the announcer?'" Ewen tweeted.

It would become clear later in the game that MLB Network got wind of the social media chatter over Kaat's comments, and on the air, the 82-year-old offered an apology, although he indicates he was fed words by producers.

"I need to read this right now. Earlier in the game, when Yoan Moncada was at the plate, in an attempt to compliment the great player that he is, I used a poor choice of words that resulted in an insensitive remark, and I'm sorry for that," Kaat said on the broadcast.

Moncada is from Cuba.

As of mid-Friday afternoon, MLB, MLB Network, the Astros or the White Sox organizations have not yet weighed in on Kaat's comments.

The Reds announcer shocked fans when he was heard making an anti-gay remark over the air, and shocked them even more when he apologized later and said he "may not ever put on (the) headset again." Click play to hear his apology.