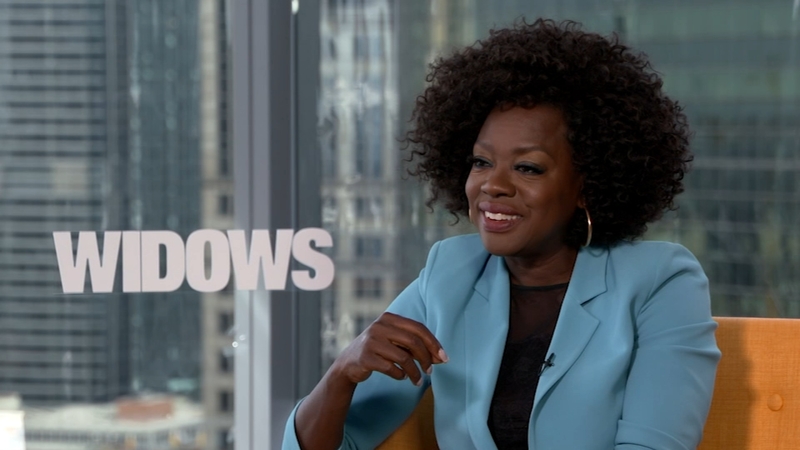 CHICAGO (WLS) -- Four very different women are forced into action after their criminal husbands are all killed, leaving them with a huge debt that's threatening their lives.

ABC7's Janet Davies asked Viola Davis, one of the four women starring in the film, if the role was arduous for her to play, emotionally and physically.

"Physically, yes, that night of running up the stairs, running down the stairs, I said, I'm tired, I wanna go to bed, but much so for the vulnerabilities," she said. "Especially the scene, it's so simple, the scene where I'm sort of looking in the window and I imagine Harry coming back to life and holding me, I have to say that scene cost me something."

She also didn't know her costar Liam Neeson before the film.

"Not at all, the first time we met, the first scene was our kissing in the bed," she laughed. "That's a hell of an introduction, I'll tell ya!"

Viola and her husband Julius also became big fans of the city of Chicago while filming the movie.

"I would go restaurant hopping," Davis recalled. "I would say where's the best place for hamburgers, Girl and the Goat, River Rose, Chicago Steak House, I mean, Yes, I just restaurant hopped!"