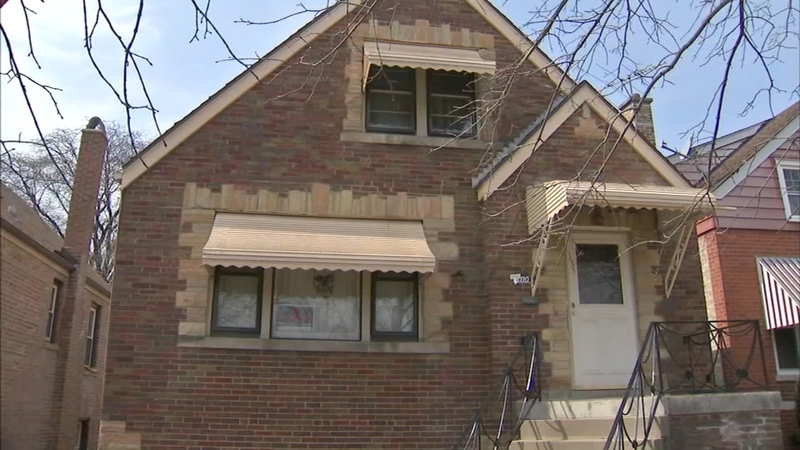 CICERO, Ill. (WLS) -- A woman from west suburban Cicero is accused of holding 19 adults and 14 children from Guatemala hostage at her home and forcing them to work.

Concepcion Malinek cried from time to time in court Thursday at the Dirksen Federal Building, where a judge decided not to grant her bond. She will be detained until trial.

Malinek, a 49-year-old dual citizen of the U.S. and Guatemala, is accused of labor trafficking.

A woman from west suburban Cicero is accused of holding 19 adults and 14 children from Guatemala hostage at her home and forcing them to work.

According to a criminal complaint, the FBI received a tip in early March that Malinek was holding dozens of Guatemalan citizens in her Cicero home.

Federal agents raided the home in the 3100-block of South 53rd Court on Tuesday, discovering the 19 adults and 14 children in her basement.

Malinek allegedly helped the immigrants cross into the United States in 2018 and 2019 by using her name or paying their airfare.

When they got here, she allegedly told them they owed her thousands of dollars for her service. The complaint said Malinek then got them jobs at a factory in south suburban Romeoville and took most of their wages.

"Three, four adults and a bunch of kids that came out like they'd never seen food before and just started carrying stuff in there. I always thought that was weird," said Francisco Alejandre, a neighbor. "I knew there was something wrong with that lady because she was really rude. She was just off, you know? Not normal. Mean."

Federal agents said Malinek transported the Guatemalan citizens to and from work every day, then forbid them to leave her basement, all the while fooling immigration officials who visited the home.

Federal prosecutors said Malinek threatened the workers, telling them if they spoke a word, they would be deported and she would keep their children.

Prosecutors also said they have the ledger she kept.

Malinek's husband and niece defended her on Thursday, but the judge believed she lied to the court about her income and other details about her life.

He said she is a flight risk and danger, so he denied bond.
Report a correction or typo
Related topics:
cicerohostageforced laboru.s. & worldimmigration
Copyright © 2021 WLS-TV. All Rights Reserved.
More Videos
From CNN Newsource affiliates
TOP STORIES