Newborn found in toilet at Subway 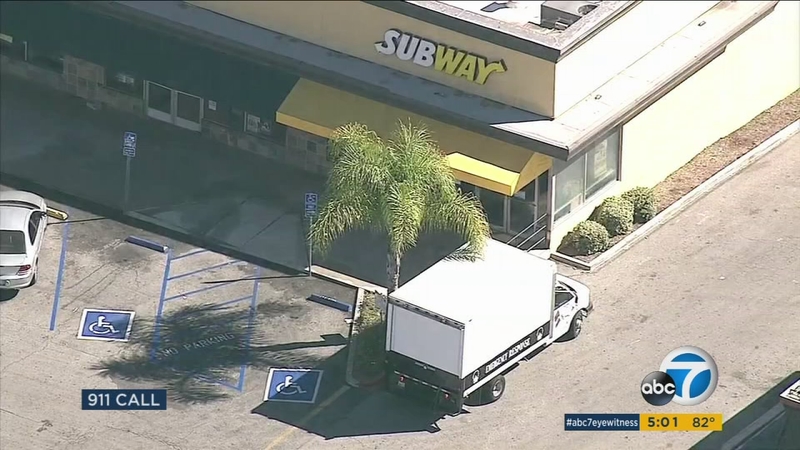 Newborn found in toilet at Subway in West Covina

WEST COVINA, Calif. -- A homeless woman is accused of abandoning her newborn baby in a bathroom at a West Covina Subway on Monday.

The incident happened at a Subway in the 2500 block of S. Azusa Avenue. Authorities said the woman entered the Subway and went into the restroom.

Customers and workers told police they heard a woman screaming in the bathroom for about 15 minutes before she walked out the restaurant bleeding.

A customer heard a baby crying in the bathroom and alerted one of the Subway employees.

"They saw an umbilical cord leading into the toilet. When they looked inside the toilet they found the baby," Cpl. Rudy Lopez with the West Covina Police Department said.

The crying baby boy was sitting upright in the toilet, but was partially submerged in cool water. The employee immediately grabbed the baby from the toilet and called 911.

The 911 dispatcher coached the frightened employee to get towels to wrap the baby in and to check his mouth.

The baby, who appeared to be at full term, was taken to Queen of the Valley Medical Center in critical condition.

Authorities followed the trail of blood out to the back of the restaurant and found 38-year-old Mary Grace Trinidad at Pep Boys.

Trinidad was taken to the hospital for health issues related to her pregnancy. Police said she was booked for attempted murder and child abandonment.

According to authorities, Trinidad is a local transient in the city. She had a warrant out for her arrest on narcotics charges, police said.