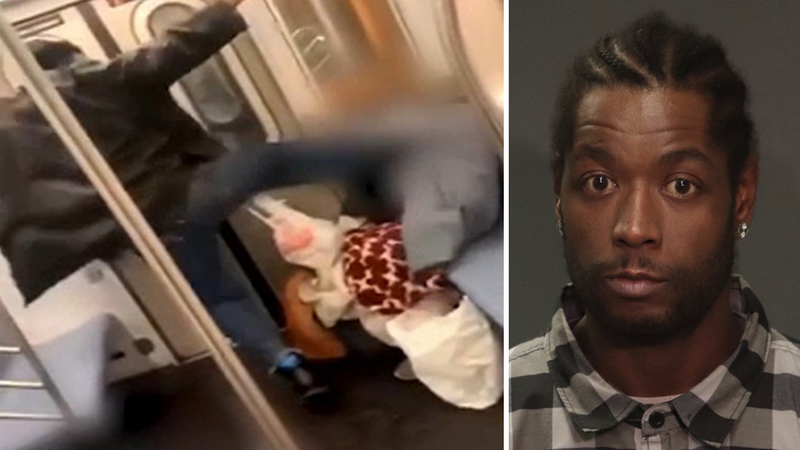 NEW YORK -- A suspect is in custody after an elderly woman was brutally attacked on a Bronx subway train.

NYPD: detectives walk out Marc Gomez, 36, after he’s charged with assaulted for attacking an elderly woman on a #2 train in the Bronx two weeks ago, A community tip led to his arrest this morning @ABC7NY The story at 6 PM pic.twitter.com/547G29lCdO

Authorities say Gomez kicked and punched the 78-year-old victim in the face and body, causing her to bleed.

Police say Gomez is no stranger to the law. The 49 Precinct posted a picture of him on their Facebook page and someone noticed and called. He was caught in Greenwich Village on Saturday morning.

It happened just after 3 a.m. aboard a northbound 2 train on March 10.

NYPD Chief of Detectives Dermot F. Shea announced in a tweet that the person wanted for the attack was in police custody, but his identity has not been released. No charges were announced.

He also said the victim was treated and released from the hospital and "is getting the care, advocacy (and) support needed."