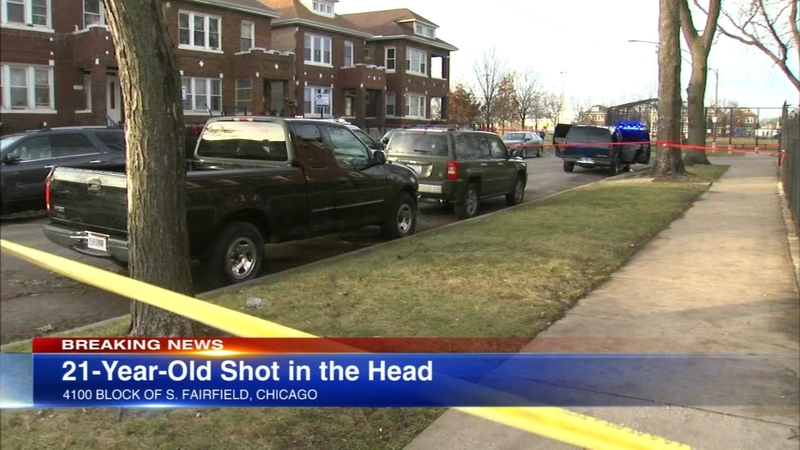 CHICAGO (WLS) -- A 21-year-old woman was shot in the head while inside a vehicle in Brighton Park Thursday afternoon.

Officials said the woman was shot and critically wounded on Archer Ave. Thursday at about 2 p.m.

Officials later discovered a crime scene in the 4300-block of South Albany Ave. However, the vehicle in which the woman was shot stopped in the 4100-block of South Fairfield Avenue, and she was transported to Mount Sinai Hospital, police said.

No information about possible suspects was immediately released.