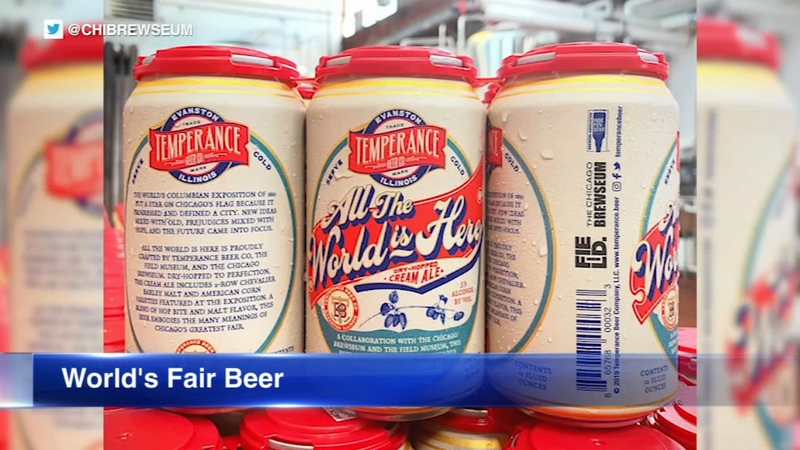 CHICAGO (WLS) -- "Hop" back in time with a new designer beer created to celebrate the World's Columbian Exposition in Chicago.

All the World is Here is an 1893 World's Fair-themed cream ale.

1893 is also the year the Field Museum was founded.

To honor its origins, the museum partnered with the Chicago Brewseum and Evanston's Temperance Beer Company to come up with the taste inspired by a European two-row Chevalier barley malt popular in the era.

All the World is Here has 2-row Chevalier barley & American corn like was featured in the @FieldMuseum's original collections. Mixed with some hop bite, this beer represents the complex heritage of the fair. #beerhistory #craftbeer pic.twitter.com/dNPZvDEzva

"A cream ale is a light, dry, refreshing, low-alcohol beer," said Liz Garibay, historian and founder of the Chicago Brewseum in a release. "This beer style was developed by American brewers in the 1800s."

In addition to choosing the perfect blend, collaborators worked to find a name for the brew that encompassed the spirit and importance of the Fair.

"All the World is Here" was one of the mottos of the World's Fair. People from all over the world came to Chicago to learn about world cultures," says Garibay.

All the World is Here is now available at the Field Museum's restaurants. The official release event takes place on Thursday, August 15 from 4:00 P.M.-10:00 p.m. at Temperance Beer Company, 2000 Dempster Street in Evanston.