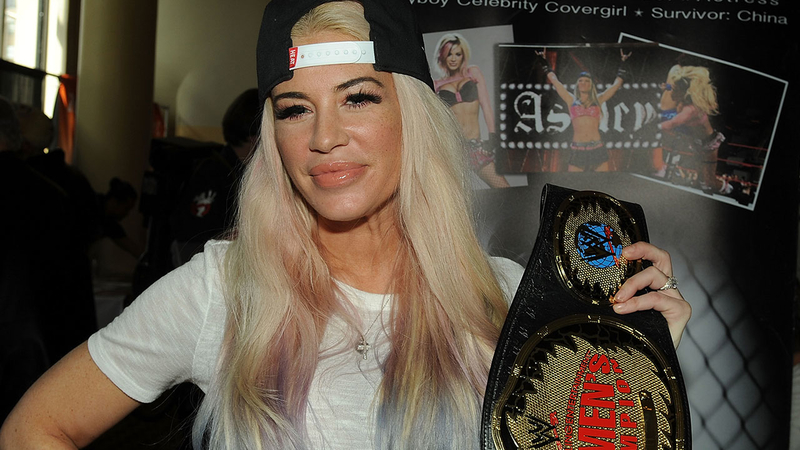 Suffolk County police say they responded to a call of a sick or injured person in Smithtown just before 5:30 a.m. Thursday

They found 39-year-old Ashley Massaro and rushed her to the hospital, where she was pronounced dead.

"She just loved her fans," friend John Slionski said. "She loved her family. People like her don't come around too often."

Her cause of death has not been released, but authorities say it was determined to be non-criminal in nature.

"I hate it," friend Ryan Orlando said. "I miss my friend. I wish I had my friend back. She was like a sister."

Massaro gained fame by winning the WWE's "2005 Raw Diva Search," and she stayed with the WWE for three years before cutting ties.

In 2007, she competed on "Survivor: China," but she was voted off in the second episode.

It was a big year for the rising star, as she also was featured as the April 2007 cover model on Playboy Magazine.

The day before Massaro's death, she tweeted that she was answering lots of fan mail.

Just answered a ton of fanmail so you guys should be receiving them soon! Love ya punx🤘🏼🖤 pic.twitter.com/U1B1FJEoXK

Massaro was a DJ at Long Island radio station 94.3 "The Shark."

"I got the call from her Wednesday that she wasn't going to come in," said Rob Rush, with the station. "I just said, alright, we'll just schedule somebody else. And then I asked her if she was alright. 'No, I'm just not really feeling well.'"

Massaro had recently sued the WWE, claiming the organization didn't make her aware of the dangers of repetitive head injuries.

In a 2017 affidavit, she wrote, "Aside from my ongoing physical injuries that were sustained in the ring, and my former battle with addiction, to this day I suffer from depression, for which I take medication, migraine headaches and severe short-term memory loss."

Massaro's lawsuit against the WWE had been dismissed by a judge, but she appealed. She was due in court in July.

"I spoke to her maybe last month, and we were just talking about life and things and you know, just praying for her and encouraging her," Slionski said. "She seemed, great, happy, excited. So, shock."

She leaves behind a grown daughter.

Alexa Massaro posted on Instagram, "I love you mommy. I want to wake up in your arms more than anything. I want to give you a big hug. Please come back this can't be real."