How to protect your accounts following Yahoo hack 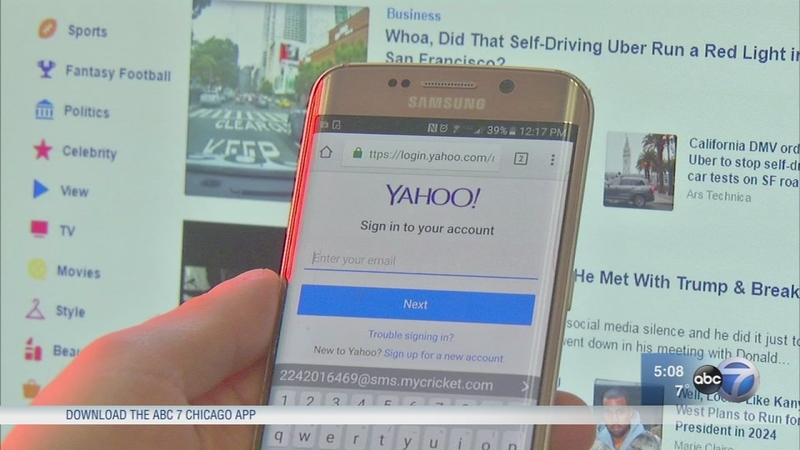 How to protect your accounts following Yahoo hack

This is the second time this year Yahoo has announced a significant breach. In September, the company disclosed a separate incident involving 500 million user accounts. Now, there could be up to a billion users at risk - and even if you aren't a Yahoo user there are things experts say you should be doing right now.

"If you are a Yahoo user, you have to change your passwords. Importantly, change all the other password-protected accounts that use that same password," said Patrick Kerpan, CEO, Cohesive Networks.

We all do it - use the same password for the several different accounts. But experts from the Illinois Technology Association say that's the biggest mistake you can make.

"Most people they make a password, they use it for Yahoo! Mail, they also use it for their Mariano's card, they might use for their credit card. So, when there's that breach, it's not just that somebody would get your information at Yahoo!, it's any user name or password that is similar in your other consumer accounts. You need to go change those," Kerpan said.

Yahoo revealed late Wednesday that an unauthorized third party stole massive amounts of user data in August 2013, potentially including: names, email addresses, phone numbers, dates of birth, and in some cases, security questions and answers. Although, actual passwords which are stored in Yahoo are scrambled so that may help ease the potential damage.

If you're intimidated by having too many passwords, you can easily download apps to manage them. Another tip is to pick a sentence that's easy for you to remember, then make different versions of it by adding several different characters or numbers, so its unique and strong.

"Because the hackers, when they get that username and password, they'll try it everywhere. They will try it on every possible system in the world because these are automated systems that work 24/7. Once these usernames and passwords get feed into these effectively hacker systems, they try every possible site that you could have registered at," Kerpan said.

Yahoo tells ABC News they are notifying potentially affected users and have taken steps to secure their accounts, including requiring users to change their passwords.