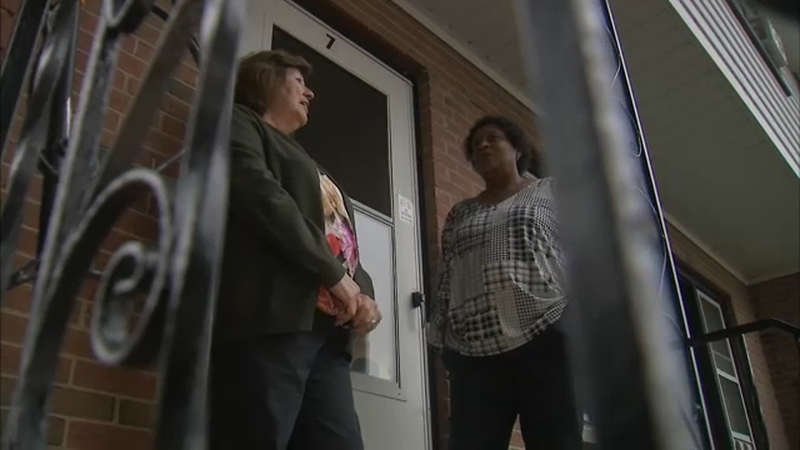 ZION, Ill. (WLS) -- A north suburban landlord is taking the city of Zion to court for an ordinance that allows the city to fine owners if they don't allow a search of tenants' homes, even without a search warrant.

Landlord Josefina Lozano said she received a threatening letter telling her to comply with the order or face fines.

"In August, I got a threatening letter for the units who have not been inspected, saying if you don't arrange an inspection we will refer you to our attorneys for legal proceedings against you," Lozano said.

Zion's rental inspection ordinance gives it license to fine landlords up to $750 a day, or even revoke landlords' right to rent property altogether, unless landlords force tenants to allow the city's searches, according to a statement from the Institute for Justice.

Judge Mary M. Rowland asked the city to enter into a voluntary agreement in which it agreed not to punish Josefina or her tenants for refusing Zion's demands, the statement said.

Dorice Pierce, one of Lozano's tenants, said she first received notice of the inspections from Lozano a few years ago. Pierce said she will not allow city inspectors to enter her townhome without a warrant.

"We have always sent letters to the city denying them access and it hasn't been a problem until this year," Pierce said. "If you want to come in here go get a search warrant because I am not just going to let you in because you say you want to come in."

Lozano, who is also a lawyer, said some of her tenants are OK with city inspectors coming into their homes.

"My issue is with the tenants who don't want the city, I think it is their constitutional right to not allow the city in without a search warrant," Lozano said. "I am certainly not going to be strong armed by the city of Zion to doing their dirty work by forcing my tenants to let the city in."

Lozano and Pierce have filed a lawsuit against the city of Zion. Institute for Justice Attorney Rob Peccola is representing them.

"When tenants don't feel comfortable with a stranger entering in their home, Zion has taken the position that they don't need a search warrant," Peccola said.

Pierce said she has nothing to hide inside her unit, but she isn't backing down from letting inspectors come into her home without a warrant.

"I am not worried about anything," Pierce said. "I just have a constitutional right for you to have a valid reason for you to enter my property."