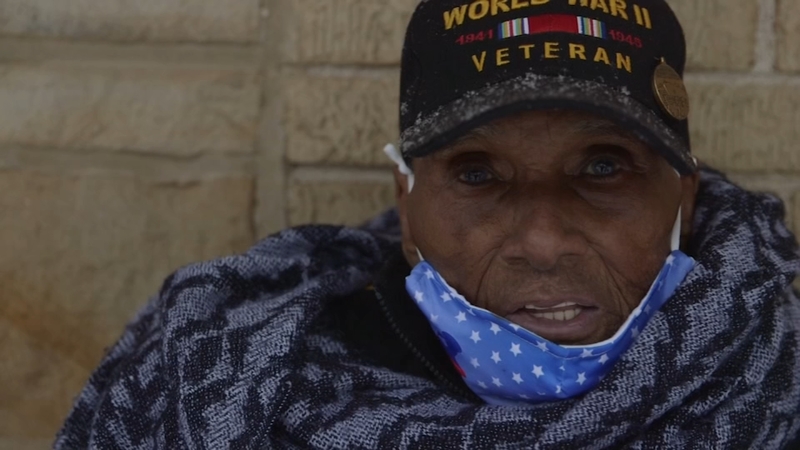 CHICAGO (WLS) -- 100-year-old Henry Wiley sat out on his snowy porch today to wave to a car parade celebrating his birthday. The World War II veteran was undeterred by freezing temperatures and a snowstorm.

Wiley's family and friends drove past his Pullman home on the far South Side with a police escort, honking and shouting out birthday messages.

Wiley served in WWII, where he said he was a gunner in both Black divisions, the 192nd and the 193rd. At the time, the U.S. military was segregated, and his units were part of what was called the Buffalo Infantry.

He approaches 100 with a sense of humor about how much life has changed.

Clyde Clark, a fellow veteran and the president of Wiley's block club, took part in the car parade.

"He came out one day and gave me a brand new pair of gloves. I was cutting the grass, and you know what he told me. He said, 'You gonna live a long time,'" Clark said. "I pray that I will be able to follow in his footstep."

Wiley is concerned about violence in the world today, saying "we live in a dangerous world." And he said that his family's love helped him reach 100.

100-year-old Henry Wiley sat out on his snowy porch to wave to a car parade of friends and family celebrating his 100th birthday.