2 men from Chicago area arrested in US Capitol riots, protests 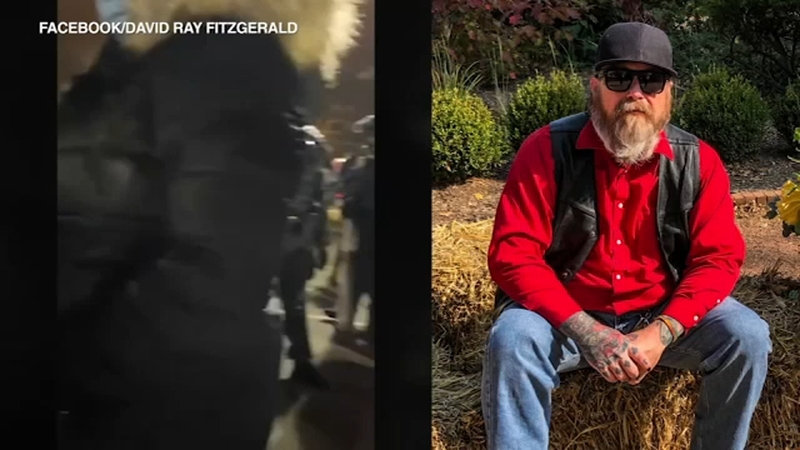 2 from Illinois among those arrested, charged in US Capitol protests, riots

WASHINGTON (WLS) -- Two people from Illinois are known to have been arrested and charged in Wednesday's riots and protests in Washington, D.C.

David Fitzgerald, 48, from Roselle was livestreaming from the Capitol campus as he was being told he was under arrest, charged with unlawful entry while violating the citywide 6 p.m. curfew that had gone into effect Wednesday night. He pleaded not guilty in court Thursday.

Rukstales is the CEO of Cogensia, a Schaumburg-based data-driven marketing company, who tweeted Thursday evening that he had been placed on a leave of absence for the time being.

"Our CEO, Brad Rukstales, participated in the recent Washington DC protests. Those actions were his own and not acting on behalf Cogensia [sic] nor do his actions in any way reflect the policies or values of our firm," they wrote in part.

Our CEO, Brad Rukstales' participated in the recent Washington DC protests. Those actions were his own and not acting on behalf Cogensia nor do his actions in any way reflect the policies or values of our firm. He has been placed on leave of absence while we assess further.

The emergency curfew followed a violent attack on America's Capitol building. DC police have put out "Be On The Lookout" or "BOLO" alerts for dozens of people who crashed congressional gates and scattered through the hallowed halls, including a man who was pictured with his feet up on the desk of House Speaker Nancy Pelosi.

RELATED: US Capitol Riot: Illinois congress members call for President Trump to be removed from office

District authorities said the attackers were encouraged by President Trump himself at a rally a few blocks away.
"It's not just the president who must be held accountable; so too must the domestic terrorists who stormed the capital and threatened members of Congress, what happened yesterday is textbook terrorism," said DC Mayor Muriel Bowser during a press conference.
The fallout from Wednesday's unsecured mayhem has already begun. The Senate Sergeant at Arms is going to be fired according to Democratic leadership and the House Sergeant at Arms will retire after the Capitol was overrun.

Only one of those arrested in connection to the unrest was from DC, MPD Chief Robert J. Contee said.