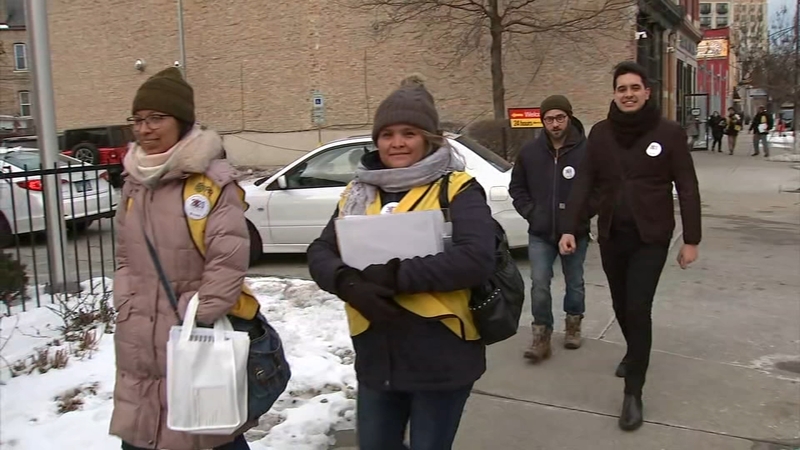 CHICAGO (WLS) -- National Census Day is going on as planned, despite the spread of COVID-19 across the country.

Field operations in Chicago are on hold, but you can still complete the census online, over the phone or though the mail.

At Gathering Point Universal Ministries, a bank of laptops sat dormant Wednesday. Efforts by the South Side church to make sure those in underserved and under-resourced communities are counted for in the 2020 census are now hindered by the threat of the virus.

"But now that we have the social distancing thing going on, now it took away everything we worked hard for," said Pastor Richard Wooten.

Like other community groups, Wooten's Greater Chatham Alliance has had to pull all of the neighborhood residents trained as outreach workers off the street for their own safety. They were enlisted to help other residents -- possibly distrustful of the process -- get the census done.

As the world struggles with how to combat COVID-19, those who have partnered with census officials have turned to social media to still try and convince the hard to count of its importance.

Advocates said the $1,400 federal officials allot per person during the count really adds up.

Along with traditional messaging tools, there's also poster and video competitions to engage children so their parents will make sure they get counted too.

As of Wednesday morning, self-response rates in Illinois were at 39%, which is above the national average of 36%.

Chicago's rate is 29.5%, while Cook County is 34%, according to federal census data.

The census happens every 10 years and this time, it places a special emphasis on those in underrepresented groups, such as black males ages 18 to 29 and communities where there are seniors, those under the age of 5 and homeless individuals.