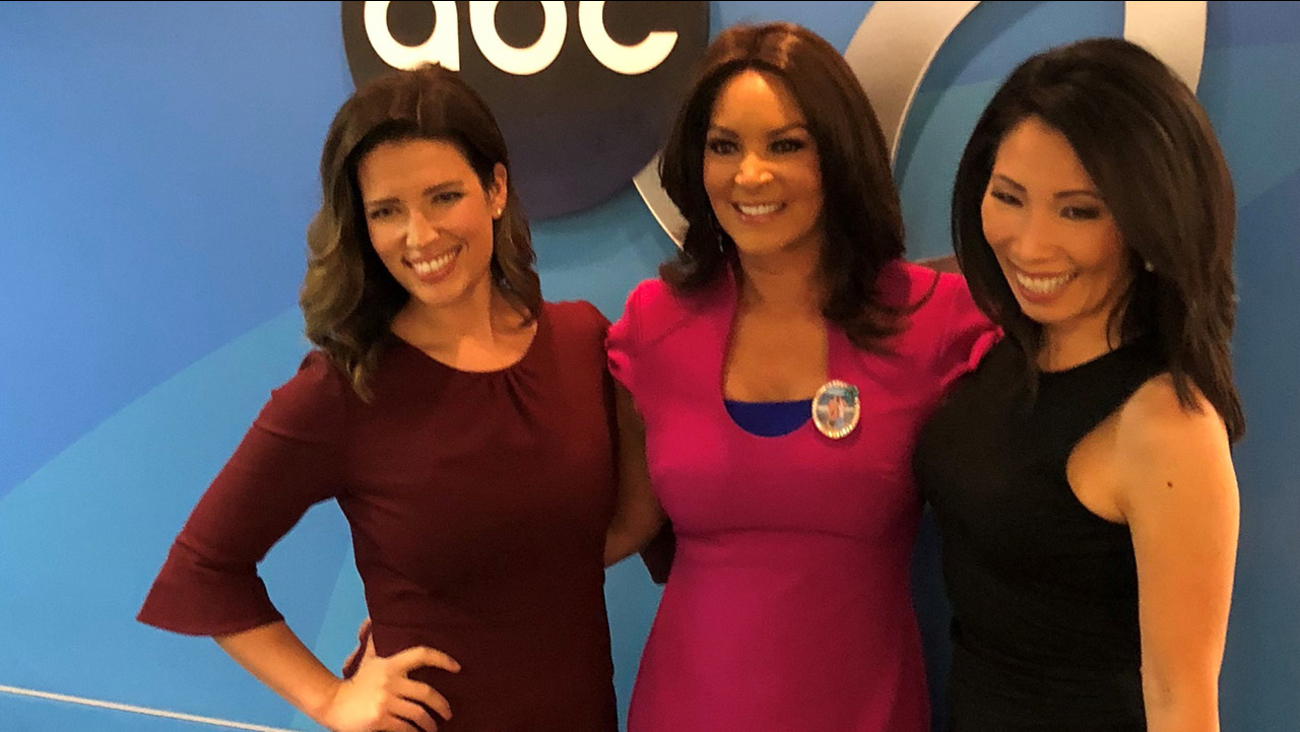 CHICAGO (NEWS RELEASE) (WLS) -- Cheryl Burton, veteran journalist and native Chicagoan, has been promoted to anchor ABC 7 Chicago's Eyewitness News at 10 PM, it was announced today by Jennifer Graves, Vice President and News Director, ABC 7. She will begin co-anchoring the top-rated 10 PM newscast with Alan Krashesky on Thursday, June 28. Burton has been an anchor on two of the station's top-rated newscasts--as contributing anchor at 10 PM and anchor at 5 PM. Since joining ABC 7 Chicago in 1992, Burton's reporting and storytelling, along with her dedicated community outreach have helped the station maintain its status as the news leader in Chicago. She will continue to anchor the station's top-rated 5 PM newscast with co-anchor Alan Krashesky and the 7 PM hour-long newscast with Hosea Sanders, broadcast on WCIU-TV.

John Idler, President and General Manager, ABC 7 Chicago said, "Cheryl Burton's fierce commitment to Chicago has made her a household name. She was born and raised here and has tirelessly worked to bring a diverse perspective to all the stories she reports. Cheryl has selflessly volunteered her time in the community for years, and I'm delighted that Cheryl will be in position to continue the great legacy of ABC 7 Eyewitness News at 10 PM."

Jennifer Graves, Vice President and News Director, ABC 7 said, "Cheryl Burton has been one of the most recognizable and trusted faces of ABC 7 Eyewitness for decades. She has covered some of the biggest stories of our time including the election of Barack Obama. But Cheryl's passion has remained bringing untold, but no less important, Chicago stories to our viewers. We are excited that Cheryl will have the opportunity to shine even brighter in this new role."

Cheryl Burton said, "After 25 years at ABC 7Chicago, I am truly blessed and honored to expand my role to co-anchor the 10p newscast in the city where I was born and raised! I feel Chicago Proud and look forward to the opportunity to continue connecting with viewers and sharing stories that impact their lives daily on the 5, 7 and 10 newscasts.

Wishing Kathy many blessings as she begins a new chapter in her life. It has been an absolute pleasure to work alongside such a talented and dedicated professional."
Judy Hsu will be teamed up with Alan Krashesky at 6 PM and Tanja Babich will join Terrell Brown at 11 AM.

"Judy Hsu has been an integral member of our news team for 17 years and her seamless transition to the 4 PM in 2016 has helped that newscast remain #1 in the time period. Tanja Babich has done a terrific job for us co-anchoring our morning news with Terrell Brown. Having this successful team paired up again at 11 AM is ideal," Idler said.

An Emmy Award winning journalist, Cheryl Burton's connection to her hometown is deep. She grew up on Chicago's South Side and is a proud graduate of both the Chicago Public Schools and the University of Illinois. Burton's reporting has taken her to the heart of Chicago neighborhoods, across the United States, and around the globe. She is dedicated to exposing injustices and bringing the stories of the underprivileged to the forefront. In addition to covering Barack Obama's historic election, Burton covered the opening of Oprah's Leadership Academy for Girls in South Africa. She was granted the only and final interview from Oprah Winfrey before she signed off from her daytime talk show.

Burton has forged strong community connections with her tireless work for Chicago area non-profits and charities. She is a volunteer for the Boys and Girls Club of America and serves as a motivational speaker for the Chicago Public Schools. She serves on the boards of the Life with Lupus Guild, the Multicultural Dance Center and City Year. Burton is a board member of the Common Ground Foundation. She is a lifelong, proud Girl Scout.

Judy Hsu joined ABC 7 in 2001 as co-anchor of ABC 7's morning news. She helped lead the morning newscast for 15 years before being promoted to anchor the station's 4 PM newscast.

In addition to her anchor duties, Hsu hosts a long format interview segment that airs on Sunday mornings, Newsviews. She also hosts and contributes to ABC 7's Emmy Award-winning special ASIAN INFLUENCES. During her career, Judy has received 16 Emmy nominations and is the recipient of multiple Emmy Awards. Judy's family emigrated to the Windy City from Taiwan when she was 11 years old and her dream then was to be a news anchor in Chicago. She has worked with dozens of charities highlighting issues important to families. Hsu remains fluent in Mandarin and brings a global perspective to her reporting. She is a graduate of the University of Illinois.

Tanja Babich joined ABC 7 Chicago in 2014 as a general assignment reporter and contributing anchor. In 2016, she was promoted to co-anchor ABC 7 Eyewitness News in the morning from 4:30-7 AM. Babich is a skilled reporter who is just as comfortable covering breaking news out in the community as she is anchoring two-and-a-half hours of news. Her career highlights include covering Pope Francis' first visit to the U.S. and reporting in Washington D.C. from Barack Obama's inauguration in 2009. She is a graduate of Cornell University and Northwestern University's Medill School of Journalism. Babich is fluent in French, Spanish and Serbian.
Report a correction or typo
Related topics:
careersloopabc7 chicago
Copyright © 2022 WLS-TV. All Rights Reserved.
TOP STORIES
Chicago, NW Ind. could see 6 inches of lake effect snow overnight
Lower Wacker shooting of carjacking suspect caught on video: sources
Chicago parents hope some good can come from son's death
Bears hiring Matt Eberflus as new head coach
PA woman shot by man who followed her home after bump at market: cops
CPS teacher killed in murder-suicide was active in violence prevention
11-year-old boy charged in Mt. Greenwood carjacking: CPD
Show More
IL reports 14,422 new COVID cases, 149 deaths
Amy Schneider's 'Jeopardy!' accomplishments reach past podium
'It felt like virtual reality:' Rhone Talsma opens up on Jeopardy win
Chicago shoreline study fully funded with help from feds
2 charged in murder of girl,8, in Little Village denied bond
More TOP STORIES News