4 shot, including 6-month-old baby and 13-year-old girl, in South Loop 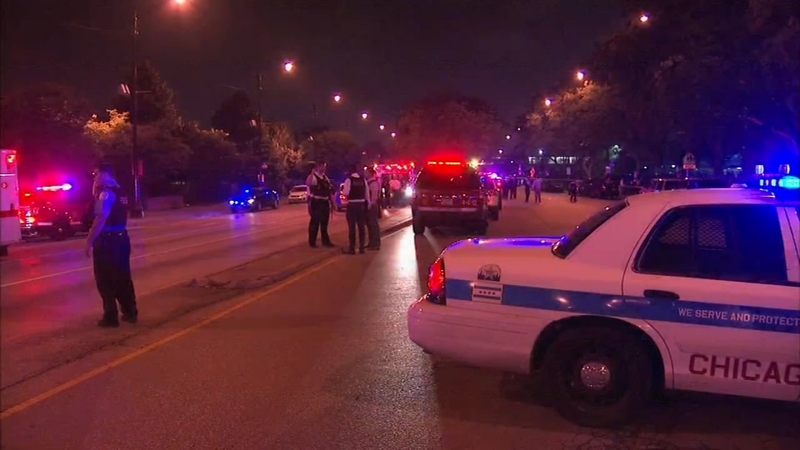 CHICAGO (WLS) -- Four people, including a 6-month-old baby and a 13-year-old girl, are recovering after a shooting in the South Loop Wednesday night, Chicago police said.

Police said the shooting occurred just after 9 p.m. at Cermak Road and State Street. Police believe the victims were traveling in a vehicle when a man wearing a ski mask got out of a blue van or SUV.

After he got out, police said he started shooting, hitting four of the people in the car, including the 13-year-old little girl and 6-month old boy.

"We do not believe this was a random act. This appears to be, I don't want to use the term targeted, but it does appear to be some type of interaction between these two vehicles," said Chicago Police Deputy Chief Kevin Ryan.

Police believe a 27-year-old man in the car with the victims may have been the target of the attack. He and a 37-year-old woman were also shot in the attack. A fifth person in the car, a 15-year-old girl, was not hit by bullets.

The man was wounded in the arm and was treated on the scene. The woman was wounded in the knee and hospitalized in stable condition.
Report a correction or typo
Related topics:
south loopchicagochicago shootingchicago crimechild shot
Copyright © 2021 WLS-TV. All Rights Reserved.
More Videos
From CNN Newsource affiliates
TOP STORIES